The Dark Day Had to Come First 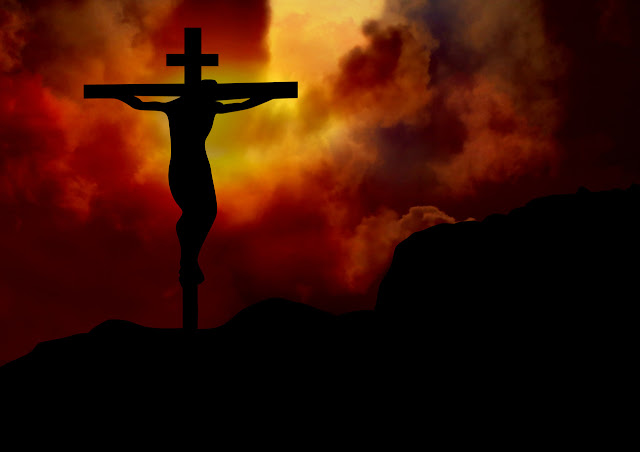 When Jesus was crucified, there was darkness over the whole land for three hours. We know what it’s like when the power goes out, don’t we? But even when we had no power a few weeks ago because of the ice storm, we could see during the day. The “light” was still on. But at noon as Jesus hung on the cross, God turned off the lights. The darkness of the cross was magnified when God turned the sky black. Can I remind you for a moment of what Jesus was going through?

The punishment of crucifixion was meted out for such crimes as treason, desertion in the face of the enemy, robbery, piracy, assassination, and sedition. Among the Romans, scourging, undoubtedly to hasten impending death, preceded crucifixion. The victim then bore his own cross, or at least the upright beam, to the place of execution. A tablet, on which the feet rested or on which the body was partly supported, seems to have been a part of the cross to keep the wounds from tearing through the transfixed members. The suffering of death by crucifixion was intense, especially in hot climates. The swelling about the rough nails and the torn lacerated tendons and nerves caused excruciating agony. The arteries of the head and stomach were surcharged with blood and a terrific throbbing headache ensued. The mind was confused and filled with anxiety and dread foreboding. The victim of crucifixion literally died a thousand deaths. The length of this agony was wholly determined by the constitution of the victim, but death rarely occurred before thirty-six hours had elapsed. The end was sometimes hastened by breaking the legs of the victims and by a hard blow delivered under the armpit before crucifixion. The sudden death of Christ evidently was a matter of astonishment. (International Standard Bible Encyclopedia)

Jesus suffered more than any man ever has, not just because of the brutal killing instrument that he hung upon and the unspeakable pain he bore. He suffered the greatest pain because of the punishment he bore. Could this be another reason why God turned off the lights? The darkness over the earth magnified the separation between God and his Son.

Alistair Begg says that the basic meaning of sin is to forsake God. Before you say, “Oh, I would never do that,” stop and consider. To forsake God can mean to go through your days as if God is not important. It is to live life on your own terms and only fit God into the picture when it is convenient, to have him as a sub-category in terms of what is really important to us. You are fine having him in the backseat. But you certainly don’t want him driving the car. The idea that he would take over and you would be under his authority in everything is offensive to you. If then, the essence of sin is to forsake God, the consequence of sin is to be God-forsaken. That’s why Jesus cried out as he did from the cross in His darkest hour, “My God, my God, why have you forsaken me.”

Why was the perfect Savior God-forsaken? Because he was bearing your sin and my sin in his body on the tree. Peter wrote, “For Christ also suffered once for sins, the righteous for the unrighteous, that he might bring us to God, being put to death in the flesh but made alive in the Spirit.”

This is the mystery of Easter. The dark day had to come first, for the new day to dawn once and for all.