Go Ahead and Make Their Day 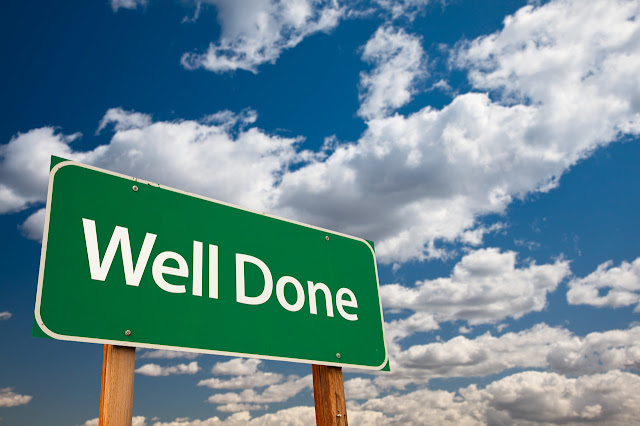 In her book, Twelve Baskets of Crumbs, Elisabeth Elliot writes, “‘Tell it like it is’ is the watchword today. But suppose …it’s actually beautiful? Suppose the boy who does your lawn does is fast, trims it perfectly, and takes care of the tools? Suppose the clerk who waits on you happens to be the most gracious one you’ve ever encountered?

Did you know that one of the most powerful medicines in the world is praise? It can heal a broken marriage if applied carefully and consistently. It can make a child’s sense of self-worth grow right before your eyes. It can encourage an employee to be creative and diligent. Mark Twain once said, “I can live for two months on a good compliment.” It’s a miracle drug, but it can only be administered from one to another. Self-praise is empty and vain, a shallow substitute for the real thing. That’s why Solomon said, “Let another man praise you, and not your own mouth.”

Praise is a rare gift. Solomon described it this way: “A word fitly spoken is like apples of gold in settings of silver.” The gifted ‘praiser’ celebrates Christmas every day as he gives precious gifts that cost him only attentiveness and courage.

But be careful. Praise and flattery are mortal enemies. Praise is medicine that gives life, flattery works like poison. Praise is given to benefit the receiver, but flattery is thinly veiled manipulation to benefit the flatterer. Also, be sure to praise character qualities or accomplishments. The need for approval will motivate our children to focus on what we praise. When my children were growing up, I knew that if I constantly told them how handsome or pretty they were, I would be setting a snare for their feet. Either they would become proud, or be deflated if their looks didn’t match up to the world’s standards. Our culture sets the highest premium on physical attractiveness, to the point that 98% of Miss America contestants said when surveyed they would change something about their looks if they could. Physical attractiveness is a false god that we must not erect in our children’s hearts.

Instead, praise godly character qualities. When Jesus met Nathanael, He said, “Behold, an Israelite indeed, in whom there is no deceit.” He recognized the quality of truthfulness in Nathanael.

Jesus said about His cousin, John the Baptist, “among those born of women there is none greater than John; but he who is least in the kingdom of God is greater than he.” Jesus praised John’s humility.

He blessed the unnamed woman in Simon’s house who washed His feet with her tears and wiped them with her hair, praising her act of selflessness and compassion.

After healing ten lepers, Jesus praised the one who returned to show his gratitude.

Jesus never praised anyone for his appearance, pedigree, education, material possessions or status in society. Aren’t those the very things we tend to elevate?

Why not set our hearts to become experts at praising others? Why not watch to catch our children in the act of doing something right, and then praise them for it? Why not take a moment and make a list of the qualities in your children, spouse, and close friends that are praiseworthy­­­, and then­­ follow through by telling them about those qualities? Be creative in your praise: you can say it with a card, a phone call, an invitation to lunch, a gift, or a word face to face.

Go ahead, make their day. Give them the gift of sincere praise.