God Is There in the Darkest Hours of Your Life 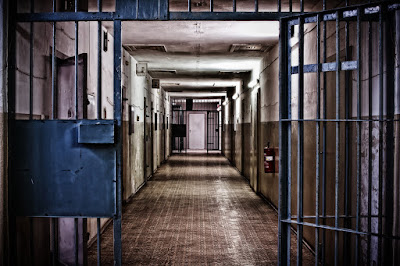 Tony grew up in a legalistic home with a workaholic father who was never pleased with his work. “I was awkward and uncoordinated,” Tony said, “and when I was unable to meet his expectations, my reward was a fist. I was punished for misunderstanding what my father wanted me to do. I was punished when I asked a question. I was punished when I didn’t work fast enough. I was punished when my awkwardness caused me to knock things over or drop things. I was punished when I told the truth, and when I told a lie trying to avoid more punishment. I was punished! I was punished!” In time, Tony came to live in terror of his father--not just the beatings, but also the verbal abuse. Tony’s father would tower over the trembling boy, his face contorted in rage, shouting what a stupid, incompetent idiot he was—as he punched him again and again. By the time he reached high school, Tony had decided to commit suicide. The only thing that stopped him was a fear that God might be real, and might send him to hell. So Tony began to search out the question of God’s existence. “Before I killed myself,” he said, “I had to be sure.”

Tony still went to church, at the insistence of his parents, and one Sunday a gaunt, shabby man with a strong foreign accent appeared on the church doorstep. Tony showed him in, not knowing that this man held the key to the answers he was seeking. The man had a good reason to look so haggard—he had survived 14 years in that hell on earth known as a communist prison camp in Romania. His crime? He was a pastor who preached the Gospel. On the man’s neck and head, Tony could see the deep scars from the torture he had endured. This was Richard Wurmbrand, and as he shared his story, a flicker of hope was kindled in Tony’s heart. Here was a man who had been beaten just like he was, in fact far worse, and understood the searing pain of not wanting to live any more. Yet he had a profound faith in a good God who loves us. “He should have been full of fury at his captors,” Tony said. “That I could understand. But he had responded in love. This wasn’t just a Sunday ritual. This was a life-giving power.” (adapted from “Total Truth,” Nancy Pearcey)

Tony’s life began to change that day as he witnessed the power of God in Richard Wurmbrand. Both of these men had been in prison. One was tortured by communists. The other was tortured by a father who hid behind a religious facade as he unleashed his anger on his son, very nearly destroying him. Oh, but this is the good news, dear reader. Tony did not survive because of his “indomitable human spirit.” No. He was rescued by God as he heard the testimony of another who had been rescued. I know some of you have suffered unspeakable abuse at the hands of those who were entrusted by God with your life. The very ones whom God appointed to teach and train and love you used you for their own sick and twisted purposes. Learn from Tony and Richard. Look to God. He has not abandoned you, nor has He forgotten you.

Another who suffered torture for the sake of the Gospel said, “Who shall separate us from the love of Christ?” Not the communists. Not an abusive father. “Nor any other created thing.”

God is there.
By Mark Fox