The Things We Do for Love 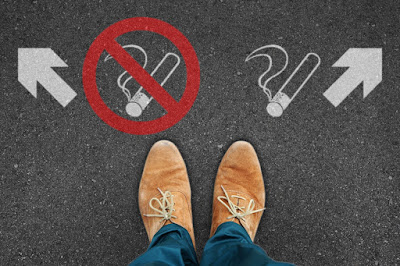 I grew up in tobacco country. In fact, that noxious weed put me through college. My father and mother both worked long years and retired from R.J. Reynolds Tobacco Company. My grandmother was a receptionist for over 30 years at Whitaker Park, where cigarettes are manufactured and thousands of visitors come every year to see how the process works. My older brother also worked for Reynolds, and he was the one that I most wanted to be like when I was a young teenager. So, I fired up my first cigarette when I was 15 years old. I remember the first one because it made my head spin and my stomach turn. That should have told me something right there, but I was a little slow when it came to picking up such cues, especially when they conflicted with my goal: to be cool. I loved and admired my older brother and if smoking was good enough for him, then by golly it was good enough for me.

I started out as a casual smoker, just a few cigarettes a day. That was enough to give me the ‘tough-guy image’ I was after, but kept the stench to a minimum. But there’s a not-so-funny thing about cigarettes, which I found out soon enough. They are addictive. It wasn’t long before I couldn’t eat a meal or drink a coke or enjoy a cup of coffee without craving a cigarette. Then I began to ‘need’ one after I woke up in the morning, or before I went to sleep at night.

I knew I was really hooked when I started staying home from events that would last too long and where smoking was not permitted.

I smoked for nearly ten years and I used to quote Mark Twain to my college friends who expressed concern. “Giving up smoking is the easiest thing in the world,” I told them. “I know because I've done it thousands of times.”

But I was hooked, and I knew it. The habit was interfering with my social life, slowing me down on the intramural fields, costing me precious funds that as a college student I really did not have, and producing a guilty conscience. Undeterred, I kept puffing…and hacking.

Then I met Cindy and fell in love. We had a whirlwind romance for a year and less than a month before my wedding day, Cindy made this announcement: “I can’t marry a smoker. You are going to have to choose…is it going to be me or cigarettes?”

I chose Cindy that same day and have not touched a cigarette since. I cannot begin to express my gratitude for a woman who was willing to draw a line in the sand and risk losing someone she loved. She drew the line because I was someone she loved and wanted to love for the rest of her life. It was God who gave me grace and strength to overcome a habit that was in control of my life. I am and will be forever grateful to the Lord for that. But God used a beautiful and gracious woman to give me the desire to quit.

Now, if you want to hear what it was like on our honeymoon, with me in the middle of full-scale nicotine-withdrawal, that’s another story. Just suffice it to say that we had some battles that might have ended our marriage if we were not so stubbornly committed to loving each other no matter what.

The Bible says, “love never fails,” and this is one grateful former smoker.