Don’t Get Used to the Dark 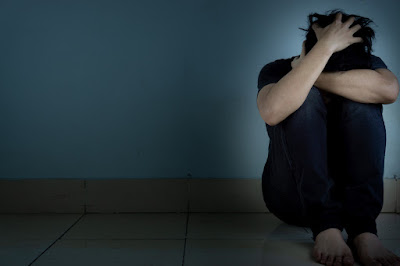 Vance Havner said in a sermon years ago that he walked into a restaurant that was “a dimly lit dungeon,” so dark that he was tempted to ask the waiter for a flashlight so he could see the menu. He had to feel his way to the silverware on the table. The food came, and he said, “We sat there and ate by faith and not by sight.” After a while he could begin to make out a few things on his plate. That’s when his companion for supper said, “Isn’t it amazing how you get used to the dark?” He was speaking literally, but there is a spiritual truth there that relates to fighting the good fight of faith.

I believe one way we know we are getting used to the dark is when the fight has gone out of us and we are just floating with the current, kind of like dead fish. That’s the situation David found when he visited the battle, or the non-battle, between the Philistine’s champion, Goliath, and the army of Israel. Goliath strutted and mocked, taunting the army of Israel, challenging them to send their champion out to fight him. There were two problems with the army of Israel. First, not one soldier moved a muscle because they were all afraid. They were doing all they could to avoid a fight. Courage leads to action. Fear leads to apathy. Perhaps the reason most Christians do not contend for the faith is because we have become accustomed to our fear-born apathy. When we first got saved our faith was stronger than our fear and our joy in the Lord for saving us made us bold witnesses for Him. Remember, believer? We were not always the wisest witnesses, but God can work with that. Then the edge of our joy began to wear off and we began to settle into a routine. We got used to the encroaching darkness around us and gave up the fight.

There’s a second thing we see about this army of Israel that helps us understand what it means to fight the good fight of faith. The soldiers whom David observed that day were no longer practicing the disciplines they had first learned in the army. There was no one even in the bullpen warming up to face Goliath. The fight was gone out of the team and the game was over. Though they were trained warriors, no one was using his training. David showed up on the scene, heard Goliath’s blasphemous taunts, and immediately signed up to get in the game. He said to Saul, “Let no man’s heart fail because of him; your servant will go and fight with this Philistine.” He defeated Goliath because he was not afraid of him, because he was well trained in the weapons of his warfare, and because he used those weapons by faith. When Goliath mocked David, the young soldier replied, “You come to me with a sword and a spear and a javelin, but I come to you in the name of the Lord of Hosts.” David brought the fight to Goliath and brought glory to God.

Have you grown accustomed to the dark? Or are you fighting the good fight of faith? Examine your heart for fear and its companion, apathy. Examine your life for the disciplines that keep us always in the fight, with the Word of God and prayer being our primary training table. There are also courage-producing books that will help you think through the taunts of the enemies of faith. One that my wife and I are reading together now is Confronting Christianity: Twelve Hard Questions for the World’s Largest Religion. Rebecca McLaughlin tackles the toughest questions that confront us, with the Word and with logic. Questions like these: “Aren’t we better off without religion?” “Hasn’t Christianity denigrated women?” “Isn’t Christianity homophobic?” “How could a loving God allow so much suffering?” And many more. This book will arm you with answers and encourage you in the fight of faith.

Don’t get used to the darkness. Light a candle.