The Bible Said it First 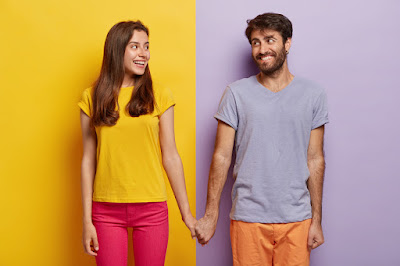 I had to smile as I was driving to work one day and heard the news report on the radio. “Mom’s milk is best!” the announcer declared. The report outlined the benefits of breastfeeding as though the Holy Grail or the Ark of the Covenant had just been discovered. Breastfeeding reduces babies’ risk of health problems in dozens of areas, including type one and two diabetes, obesity, ear infections, and even childhood leukemia. It reduces health problems for mothers as well, reducing their likelihood of breast cancer, ovarian cancer, and post-partum depression. It saves a typical family somewhere between $1100 and $3900 in the first year, depending on the brand of formula they would have used. Janice Riordan, Associate Professor of Nursing at Wichita State University said, “(Breastfeeding leads to) $1.3 billion potential savings in health care costs using only 4 medical diagnoses. Breastfeeding also improves intellectual development of children according to new medical research studies. The benefits of more intelligent children on society is enormous even though it cannot be directly measured in terms of dollars. Finally, it was calculated that if WIC mothers breastfeed, yearly cost savings for basic food packages would be $2,665,715.”

I was smiling as I heard this because it is the same old story. What the Bible has said all along is finally being “proven” by the world. Moses was found by the Pharaoh’s daughter in the bulrushes, and his sister, who was watching the whole thing unfold, offered to get a Hebrew woman to nurse the child. The Pharaoh’s daughter said, “Oh, that’s OK. I will just feed him a bottle of cow’s milk every two or three hours and he will be fine. Gee, I hope he’s not lactose intolerant. Soy formula has not been invented yet.” No, the Pharaoh’s daughter gladly accepted, and Moses was taken to his mother who was ready to nurse her son and love him until she had to hand him over to another. By the way, read Exodus 2 to get the whole story about why Moses had to be put in a basket and dropped in the river to save his life. It’s a page-turner.

So, breastfeeding is a good idea, the world says. The Bible said it first. It was God’s design; still is. In 1992, Time magazine featured a front cover that pictured a little boy and girl. The boy is flexing his bicep, looking proudly at it, while the little girl crosses her arms and looks on with what some might describe as smugness, even a smirk. But the headline and sub-title was what caught my attention. Right under the boy’s flexing arm, it reads, “Why Are Men and Women Different?” Then under that: “It isn’t just upbringing. New studies show they are born that way.” You think?

As a happily married man, count me in the number who celebrates the fact that my wife was made different. In fact, you can go all the way back to the beginning of the Bible and see that God designed men and women to be different so that they could become one and make a third. And a fourth. And so on. I speak as Captain Obvious when I say, “It just doesn’t work any other way.” God’s design is perfect. The Bible said it first.

Why doesn’t the world catch on to the fact that the Bible has the answers? Here’s a clue: “The fear of the Lord is the beginning of knowledge, but fools despise wisdom and instruction.”

The Bible said it first. Try it for yourself, if you dare.
By Mark Fox