This Is Our Logical Faith 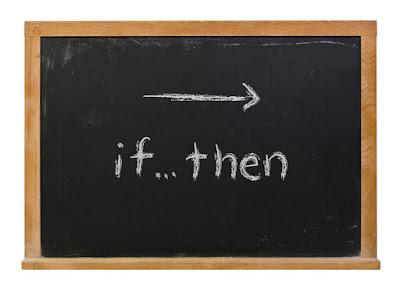 We who believe in Christ accept the bodily resurrection of the dead without question. Most of the world then, and much of the world now, does not believe that physical resurrection is possible. When you’re dead, you’re dead, they say. One atheist explained it this way: He said, “Say I take Legos and build a car. I play with the car for a while, then I disassemble the car and use the same Legos to build a plane. Where did the car go? It ceased to exist. That is the end of our lives, as well.” If that is true, if there is no resurrection of the dead, then Paul offers six conditional truths that follow, which can all be found in 1 Corinthians 15.

Second, preaching and faith are vain. Futile. Useless. What Paul preached in Corinth, and what we who believe in Christ preach is simply not worth believing.

Third, Paul and the other apostles lied about God. Every preacher since then who proclaims the risen Christ is a liar and is misrepresenting God and the truth about Jesus.

Fourth, your faith in Christ is worthless, and you are still in your sins. This takes the greatest news ever and makes it the worst news ever. My favorite Christmas carol would end in tragedy: “Hail the heaven-born Prince of Peace, Hail the Son of righteousness! Light and life to all He brings, risen with healing in His wings.” NO! No light, no life, no healing can come from the Son of God if he is not risen from the dead.

Fifth, those who have already died believing in Christ are lost forever. They have perished, despite the promise that Jesus made repeatedly, that those who believe in him will live again. That great promise he made to Nicodemus is also a lie: “For God so loved the world, that he gave his only Son, that whoever believes in him should not perish but have everlasting life.” No! We will all perish, and life will be eternally lost.

Those are the conditional truths that logically follow the idea that there is no resurrection of the dead. Then Paul answers those conditional truths by blowing them all away with grounded truth: “But in fact Christ has been raised from the dead.” Jesus rose from the dead and appeared to Peter, to the apostles, and to more than 500 people at one time, Paul wrote, most of whom are still alive. In other words, he told the people in Corinth that if they didn’t believe it, they should go talk to someone who saw Christ, who touched him, who ate with him, and who saw the nail scars in his hands.

Yes, the world is securely fastened to its hinge. Jesus Christ is risen from the dead, and he is Lord of all.
By Mark Fox