Whatever Fills You Controls You 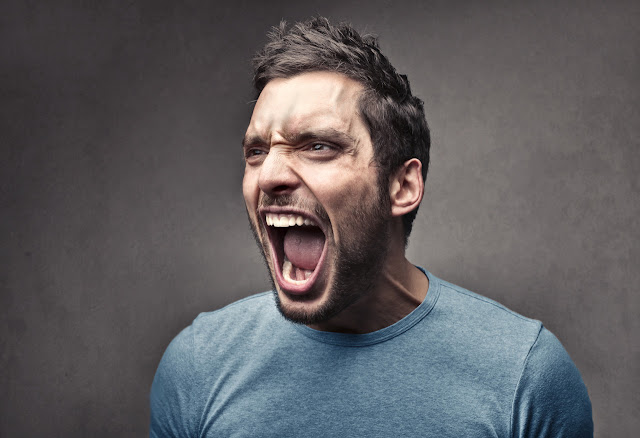 Once as a teenager I went on a double date with my cousin. Halfway through the date, I found out the girl I was with had an insanely jealous boyfriend named Marty. He was also big, she said. “And,” she added, “he has a nasty temper.” I figured that to be a deadly combination, so I filed that information away, reminding myself to avoid this boyfriend of hers at all costs. We were driving home later that night when all of a sudden my cousin said, “Uh-oh.”

“What’s the problem?” I asked, thinking maybe we were running out of gas. “Don’t look now,” he said, “but Marty is right on our tail.” I looked anyway and saw a car about two inches from our bumper, and we were doing 60 miles an hour on the interstate.

Now, up until this point I had only done one thing I regretted, and that was to go out with this girl in the first place. But now I became a willing participant in a series of stupid mistakes. May I say to any teens who happen to be reading this: “Don’t try this at home ... or on the interstate.” My cousin floored the car, a 1972 Camaro Z-28, and we took off like a rocket. We were going over 90 with Marty right on our tail, and it is only by the grace of God, gentle readers, that I am here to tell the story.

We finally reached our exit, careened onto the ramp, and headed for my cousin’s house. Marty was only seconds behind us. My cousin realized we weren’t going to outrun him, so he said something like, “Good luck, Mark,” as we screamed into his driveway on two wheels. I was shaking with adrenalin and fear, and could hear the words “big ... nasty temper ... insanely jealous” reverberating in my skull. My legs felt like jelly, and my mouth was dry as dust.

About that time my cousin slammed on the brakes in his carport, and I managed to fall out of the car to face my attacker, who was leaping from his car as it slid to a stop in the driveway.

Now you have to realize that at this time in my life I had not yet had my growth spurt. In fact, I still haven’t had it, but I was a skinny 16-year-old then, only about 5 feet 6 inches tall, and maybe 110 pounds soaking wet. As I recall it, Marty seemed to tower over me by at least a foot. But what I remember most of all was the purple rage that consumed him. He was so filled with wrath that he had no control of his body. He couldn’t swing his fists because his anger controlled them. He couldn’t speak, but sputtered and spat, because the anger had his tongue. As he stumbled toward me I bent over, and he pounded me on my back. The blows were nothing, dissipated by the rage that shook Marty like a ragdoll.

I saw something that day I will never forget. Whatever fills you controls you, whether it is wine, anger, lust or greed. That’s why the Bible says, “Make no friendship with an angry man, and with a furious man do not go.” And, “Do not get drunk with wine, which leads to reckless actions, but be filled with the Spirit.”

After the dust cleared and the rage subsided that day, Marty and I had a friendly exchange. He gave me my life back, and I gave him his girlfriend. Seemed like the right thing at the time.
By Mark Fox