What Can Be Worse Than Unbelief? 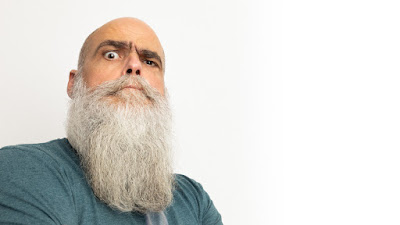 Imagine this scenario. A man has a teenager who, since he was a child, has been subject to violent seizures. His mouth foams and his teeth grind and his body bucks and lurches, raging with convulsion. The young man is deaf and unable to speak. He cannot talk to his father about the terror that he feels, never knowing when the next attack will occur. He cannot hear his father’s cries of anguish as he prays for his son. He can see his face, though, and the lines of worry have grown deeper on his father’s brow. His hair is gray and his shoulders are stooped and his hope is almost gone. The father has to watch his son every second because the attacks have happened frequently near fire or water and dragging his son from the flames or from the deep has taken its toll on both of them. The scars from the burns are testimonies to the torment a father and his son have endured together. How much longer?

You don’t have to imagine this scene. You can read about it in Mark 9. The story is true. The young man was not just under attack; the source was a demon. When his father heard that Jesus was passing through the region, he had hope for the first time, perhaps, in many years. He took his son to see Jesus, only to find that the Master and His three closest disciples were not there. The father turned to Jesus’ other disciples for help. They tried, but they failed. As the religious leaders of the day taunted the nine and argued with them, Jesus showed up on the scene. This is where the story really gets interesting.

As soon as the demon in the young man sees Jesus, he throws his host into a convulsion. The word in the text literally means the demon “tore him from side to side.” The young man fell on the ground at Jesus’ feet, his mouth foaming and his teeth grinding. Jesus asked the father how long this had been happening to his son, and the man replied, “From childhood.” The he said to Jesus, “If you can do anything, have compassion on us and help us.” Jesus responds with the man’s own words: “If you can!” Then He added, “All things are possible for one who believes.” The man cried out with tears, “Lord, I believe; help my unbelief!”

Now, you have to get this picture clear in your mind. This man’s son is possessed and has almost been destroyed many times by a demon. The father is desperate for his son’s deliverance. Jesus sees that. He sees the son writhing at His feet. In perhaps the most astonishing triage in history, Jesus decides that the immediate need is not the son but the father. The greatest evil was not in the boy but in the man. Even the father saw it.

Charles Spurgeon wrote, “It is very noticeable that the man did not say, ‘Lord I believe; help my child!’ Not at all. He perceives that his own unbelief is harder to overcome than the demon. And that to heal him of his spiritual disease was a more needful work than even to heal his child of the sad malady under which he labored.”

What can be worse than unbelief? Not even a demon. The evil spirit may kill your body, but unbelief will do much worse.
By Mark Fox