Stop with the Nonsense, Already 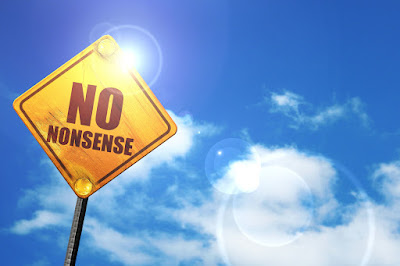 The enemies of Jesus wanted him dead. “And the chief priests and the scribes were seeking how to put him to death...” They wanted him dead so badly that they were willing to do anything to make it happen. It must have been because Jesus was a good teacher. That’s what some say. The last time I drove through the college campus, I didn’t see any teachers being tied to a whipping post. OK, maybe they wanted to kill Jesus because He performed miracles. You mean, like giving blind men their sight and dumb men their speech and deaf men their hearing? You mean like raising dead people to life? I just can’t wrap my brain around the idea that the religious leaders would want to kill a man who was healing people of afflictions and diseases. The last time I walked through the hospital, I didn’t see doctors and nurses being dragged away from patients and carted off to be executed. OK, maybe they wanted to kill Jesus because he was such a good man. Forget “random acts of kindness.” Everything Jesus did was on purpose and for good, and no one could ever accuse him of any sin. So, the religious leaders killed him to make him stop doing good? The last time I went shopping around Christmas time, I don’t remember seeing policemen holding down Salvation Army volunteers, clubbing them senseless because they were collecting money for the poor.

Stop with the nonsense, already. The enemies of Jesus wanted him dead for one reason alone. He claimed to be God. Isn’t that what steams the clams of the “religious leaders” today? Those who want to silence Jesus and all his followers do not care one whit when you talk about him being a good teacher. Or a great healer. Or a good man. They would even agree with you on those counts. But they get their undershorts all in a wad when you talk about Jesus being “God come in the flesh.” Their necks begin to redden when you suggest that there is no way to forgiveness except through Jesus. They go apoplectic when you say that Jesus Christ is the only way to salvation. Let them. Ultimately, their argument is with him, not you and me. And if Jesus Christ is God, which the Gospels make clear that he is, then his Word is true, sufficient, and authoritative.

Here’s what C.S. Lewis said about Jesus in his classic, Mere Christianity: “A man who was merely a man and said the sort of things Jesus said would not be a great moral teacher. He would either be a lunatic--on a level with the man who says he is a poached egg--or else he would be the Devil of Hell. You must make your choice. Either this man was, and is, the Son of God: or else a madman or something worse. You can shut Him up for a fool, you can spit at Him and kill Him as a demon; or you can fall at His feet and call Him Lord and God. But let us not come with any patronizing nonsense about His being a great human teacher. He has not left that open to us. He did not intend to.”