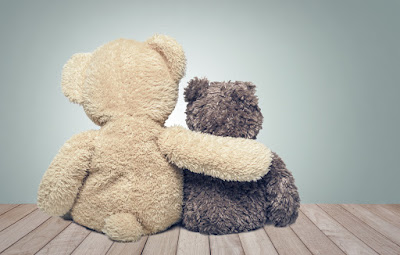 Near the end of his magnificent description of what love looks like when it goes to work every day, Paul writes, “Love bears all things.” We would assume that means that love puts up with or endures difficult people or circumstances. Of course, love does that as well. But this phrase could also be translated, “love covers all things.” It means to conceal, to cover over in silence. Love hides the faults of others and covers them up, doing the very opposite of what gossip delights in doing. Solomon wrote, “Whoever covers an offense seeks love, but he who repeats a matter separates close friends.” Peter writes, “Above all, keep loving one another earnestly, since love covers a multitude of sins.” What does it look like to cover sin?

I think about John 8, and the woman who was caught in the act of adultery by the Pharisees. Remember? They dragged her to Jesus to expose her in her sin, but also, they hoped, to expose a weakness in Jesus. Would he do what the Mosaic law required and have this woman put to death by stoning? They were looking for anything they could to bring a charge against the Lord. Jesus bent down and wrote something on the ground. We are not told what he wrote, but I look forward to hearing the full story in heaven. The Pharisees continued to press Jesus about this woman’s sins and what was he going to do about it? He said, “Let him who is without sin among you be the first to throw a stone at her.” He bent down and continued to write with his finger on the ground. Then one by one, starting with the oldest, the Pharisees walked away, and Jesus was left alone with the woman. Jesus said to her, “Woman, where are they? Has no one condemned you?” She replied, “No one, Lord.” And Jesus said, “Neither do I condemn you; go, and from now on sin no more.”

The Pharisees exposed the sin of the woman; Jesus covered it. He loved her, not by dismissing her sin, but by welcoming her into forgiveness, and restoration. By the way, only Jesus can do that for any of us. He alone has authority on the earth to forgive sins and to change lives. He gave her a new start, a new way of living, a new love that she had never experienced before. His love covered her and gave her hope.

Jon Bloom writes, “Every day we hear stories of offenders who have tried to cover their own offenses with lies. And every day we hear (sometimes from our own lips) people repeating a matter. We call this gossip and it fuels whole media industries. All around us are shattered relationships that exploded in the ‘repeating.’ But how many examples can you think of where a friendship was preserved because someone did not repeat gossip about an offense? Not many, I’ll wager. Why is this so rare?”

It’s an amazing gift, this love that God gives his people.
By Mark Fox