A Congregation Without God 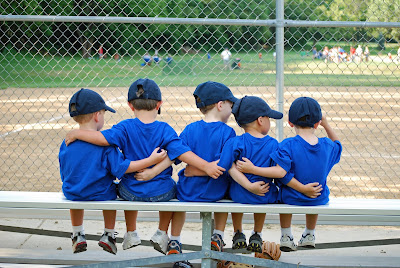 What if there was a new baseball team being formed in the county for those who don’t enjoy baseball but have always wanted to be on a team? The news article might read, “These folks enjoy the experience of being at the park and sitting in the dugout. They like the smell of the concession stand and hearing the roar of the crowd. They can’t stand baseball, though, so they won’t actually play. They will just, uh, you know ... gather.”

Or, what if there was a new birthing class at the hospital for women (and men, for that matter, because we must not discriminate, right?) of all ages. The advertisement might read, “You don’t have to be pregnant to be in the class. In fact, this class is for those who don’t believe in having babies and honestly think the whole world would be better off if nobody had babies.” Why the class, then, you ask? Well, there is a wealth of information in a birthing class that really has nothing to do with birth! I mean, there is the whole nutrition aspect. Un-pregnant women need to watch what they eat, too, don’t they? Then there is the whole breathing thing. Hey, you don’t have to be going through transition to appreciate having healthy breathing techniques. There are lots of applications for this, like when you are stuck in traffic, 15 miles from your next sales appointment, and in exactly ten minutes you will be late. Who couldn’t use some healthy breathing at a time like that? And just think about how much a good coach would help! “OK, go ahead and take an organizing breath — a big sigh as you feel yourself about to scream at the traffic jam. Release all your tension — that’s right, go limp all over — and don’t worry about that guy in the Miata who is staring at you.”

If you are wondering where I am going with this, you are probably not alone. If you thought, “That would be strange” as you read the what-ifs above, count yourself in the “normal-thinking” category. So, I will go out on a limb and suggest that at least a few of you might have a similar reaction to a real article that ran in the Times-News a few years back entitled, “God-less ‘congregations’ planned for humanists.” The AP story stated that Greg Epstein, the humanist chaplain at Harvard University, is “building a God-free model of community that he hopes helps humanists increase in numbers and influence.” These humanist centers will “perform many of the community-building functions of a church, only in service of the humanist creed.” Epstein traveled the country back in 2010 to promote his book, “Good Without God.” When answering skeptics as to whether such congregations would find members, Epstein replied, “Salvation is here on earth. We have evolved over 14 billion years without purpose. Now if we want purpose, we need to build it into our own lives.”

A baseball team without baseball? A birthing class without pregnancy? A congregation without God? A search for significance and meaning and purpose that begins with the conviction that there is no God, no uncaused-cause, no Creator, no everlasting Father, no Savior, no cross, no forgiveness for sin?

Let’s give the Bible the final word on this, shall we? And to be clear, the “Word” in this passage refers to Jesus Christ. “In the beginning was the Word, and the Word was with God, and the Word was God. He was in the beginning with God. All things were made through him, and without him was not any thing made that was made. In him was life, and the life was the light of men. The light shines in the darkness, and the darkness has not overcome it.”

Now that is truth upon which a congregation can gather, and stand.
By Mark Fox