Love is not Irritable 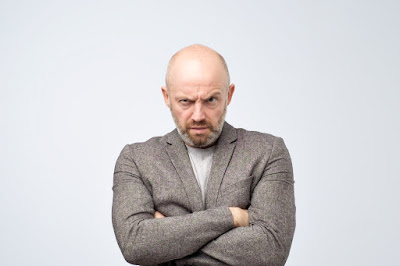 We have been taking our time the last several Sundays going through the 15 verbs that “love does” in 1 Corinthians 13. Paul peels the onion and makes us cry as we look at how often we fall so short of love. Someone told me recently that he was looking forward, kind of, to when we got to “Love is not irritable. That’s the one that gets me,” he said. Well, I got a little irritated with him and told him to get in line behind me and all the rest of us who struggle with being irritable. But the truth is, this list of verbs that describes love in action is not meant to shame us or condemn us. Quite the opposite, it is a wonderful promise of what Jesus is doing in his church, washing us with the water of the word, that he might present the church to himself in splendor, having no spot or wrinkle or any such thing, that she should be holy and without blemish.

J.B. Phillips translates this verse, “Love is not touchy.” I like that. Let’s say this right up front. No one is immune to moments of irritation. We will be provoked, no matter how mature, no matter how humble. You just have to read your Bible to see the evidence of this. Moses was the humblest man on earth; that’s what God inspired him to write about himself in Numbers 12. Then a few chapters later you hear Moses say to the children of Israel, “Hear now, you rebels; shall we bring water for you out of this rock?” And Moses struck the rock in anger, twice, disobeying God in the process. The humblest man on earth was provoked to anger and his irritable display cost him a trip to the Promised Land.

We see the Apostle Paul getting stirred up a few times, but one example where the same word is used is in Acts 17. Paul walked into Athens and saw that the city was filled with idols, and “his spirit was provoked within him.” He was irritated, angered even, by the idolatry, but in that anger he did not sin. Instead, Paul took the occasion to tell the people of Athens that the unknown God they had an altar for was the God who could be known, the maker of heaven and earth, the one who does not live in temples made by man, the one who gives all mankind life and breath and everything. And that this God, the true God, has fixed a day on which he will judge the world in righteousness by a man whom he has appointed. And he gave us assurance of this by raising this man from the dead! Some believed the Gospel that day and were saved. But it started because Paul was irritated, even provoked, for the sake of God. We should be greatly irritated and want to speak out because we know that unborn babies are not protected in this nation. But only mildly irritated because they got our drive-through order wrong at Chick-fil-a. We should be provoked when we hear that there are still millions who have never heard the Gospel. But not provoked when we hear that our favorite TV show is being cancelled. Or when a co-worker doesn’t do what he promised you he would do. Or when our spouse doesn’t meet our expectations.

Love is not irritable. If you are an irritable person, you have developed a habit of responding to provocations in a sinful way. You either get angry and blow up, or you get quiet and close up. Either way puts roadblocks in the way of healthy relationships.

What to do? I believe a great hedge against irritability is to develop a grateful heart. Get in the habit of giving thanks every day for the blessings God has given, including the people in your life who tend to provoke you. It is hard to be irritated with someone when you are thinking of all the reasons why you are profoundly grateful for them.
By Mark Fox