He Who Has Ears to Hear, Let Him Hear 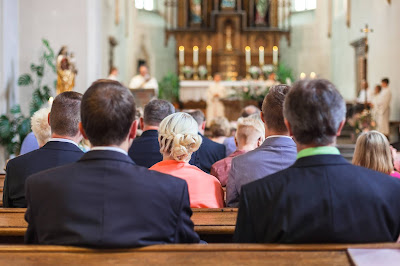 Like the true story about a man sitting quietly in church for a wedding when suddenly he erupted with a “Yes!” at full volume, standing part of the way up with one fist raised triumphantly. He sat down sheepishly when he remembered where he was, turning red with embarrassment as the whole church, including the wedding party who was about “mid-vow,” turned to stare. That’s when they noticed the wire and the ear-piece. Seems the man was attending a wedding with his body, but his mind and his emotions were fully engaged with a college football game, coming to him live, through a radio in his coat pocket. His team had just scored the winning touchdown.

If the man’s wife was there, can you imagine the look that she gave him at that point? Some of you have seen that look. Some of us would have to admit, if we were honest, that we have mastered the ability to be physically present in a place, and totally absent in every other way. I have been amazed at students of mine in various classrooms who would hear me give an assignment, see me write it on the board, see it clearly on the syllabus, and then claim, “I never knew we had to do this” on the day that the assignment was due. But then I remember the many times in my marriage that I have told my wife I would do something that she had asked, and even read the email reminder that she sent me, and I still showed up at home that night with an “I forgot” excuse on my lips. The truth? Even if I did forget, it was because I did not take the request seriously enough to remember. What was going on in my own head, in my own life, was more important to me than something my wife had asked of me.

One thing I really love about Jesus is his concern with our ability to hear. He spoke to a deaf mute, saying “Ephphatha, be opened,” and immediately the man’s ears were opened. He also spoke to those who had perfectly good hearing, saying, “He who has ears to hear, let him hear.” When Jesus said these words, he wasn’t trying to save people from embarrassment or even from damaged relationships. He spoke this warning, “he who has ears to hear, let him hear,” to wake us up to the fact that our very lives depend on whether we obey that simple command. As his disciples said to Jesus, “You alone have the words of eternal life.”

It is true, is it not, that we tend to remember very clearly what is spoken to us when we are under great stress, or in a life threatening situation. Take any of those students who blew off one of my assignments, put him on the top of a roof that is about to be overcome by raging floodwaters, then speak a word of instruction to him as you lower the rescue rope from a helicopter. Would he not be looking and listening intently to your every word? Would he dare to yawn or brush you aside or say that he would love to take the rope, but he is not sure he heard how to do it, and that’s OK because he is really enjoying the song on his iPhone at the moment? I don’t think so.

He who has ears to hear, let him hear. What are you waiting for? Take the rope. Hearing grows worse with disuse. Oh, and take that plug out of your ear and pay attention.
By Mark Fox