Often the Unplanned is the Most Memorable 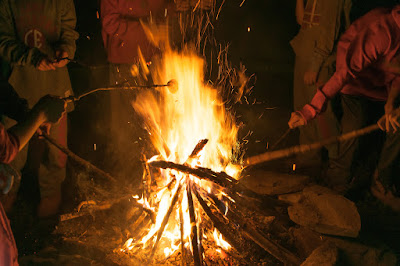 I remember, not too many years ago, a weekend camping trip I shared with my five sons that was meticulously planned. Well, let me qualify that. It was about as planned as it could be by my standards. My motto is, “If I get there and I don’t have it, well, that’s what Wal-Mart is for.” My wife’s motto is, “If I am leaving the house and I have forgotten something, then the four checklists, 6 spreadsheets and 4 days of planning that would rival the preparation for D-Day were not enough.” I am kidding about Cindy, but some of you men will recognize this statement as you are backing out of the garage to go on vacation or even just to church: “I just feel like I have forgotten something.” She often looks at me as she says it, and I will say, “Of course you feel that way, darling. But you never do forget anything. And if you did, well, that’s what Wal-Mart is for.”

This weekend trip was just me and my sons, and we were headed for the mountains to camp, cook over the open fire, laugh a lot, and talk about our lives. The campsite was a little over 2 hours away from home, and about 15 miles from our destination the transmission started to give up the ghost. That’s what I forgot to bring, I thought. A spare transmission! All the rental car places were closed, so we limped back toward Burlington, thinking that if the tranny was going to die completely, the closer to home we were, the better.
Four hours later, we arrived at a lake lot owned by a family in the church, just 20 miles from home, and tried to pick the lock to the Dutch barn on their property, with their permission, of course. That’s another thing our spreadsheet failed to include: a lock-pick. We gave up after an hour and decided to pitch our tent in the dark. I wasn’t worried about sleeping; my friend Mark had loaned us their tent and a queen size air mattress. I realized as we were setting up camp that I forgot a pump. The prospect of two hours of blowing up the mattress left me feeling breathless, and there wasn’t a Wal-Mart in sight, so I slept on the queen-size sheets.

We built a fire, ate s’mores, and talked about college, relationships, jobs, and future plans. The next day we had planned to drive north a few miles to play disc golf. That plan was changed when we realized the transmission had not been healed as we slept, so we started toward home. A 20-mile trip took an hour and included some scenes worthy of a sit-com episode as Micah drove while the rest of us jumped out and pushed the van up hills, then made a mad dash to jump back into the moving vehicle. Don’t try this at home or even in Caswell County.

We traded the van in for two worthier vehicles back at the house and still got in three hours of disc golf. Judah said later, “That was the best day of my life.”

This camping trip will go down in the Foxian chronicles and be told for generations. It was not at all what we planned but it was everything we needed, and a powerful reminder that “A man’s heart plans his way, but the Lord directs his steps.” We can trust Him for a camping trip, for a college career, for a marriage decision, and for every other step we take.