No Frontier is Tamed Without Discipline 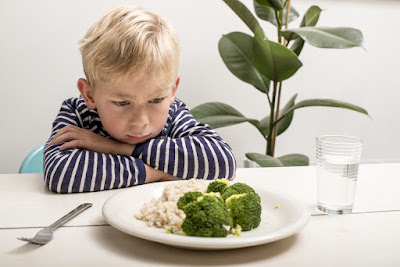 Cindy and I were blessed to watch our youngest son, Judah, walk across the stage at Liberty University last Saturday and receive his diploma. His discipline and hard work paid off, and it reminded me of something I wrote about Judah years ago...

When our son Judah was 3, he liked to pretend he was Davy Crockett or Daniel Boone. He would dress up in his buckskins, don his coonskin cap, take ’Ol Betsy and his powder horn, and head off into the backyard to trap and shoot wild animals. Since we lived in downtown Graham at the time and our backyard consisted of a little bit of grass, a small garden, a swing-set and a few trees, Judah had to use his imagination. The wildest animal we ever encountered in our yard was a family of possums who decided to take up residence under our back deck. So, Judah mainly shot at invisible mountain lions and imaginary bears.

That was hard work, though, and after a while, a frontiersman out in the wild works up a powerful appetite, so Judah Crockett would come in for supper. The problem was, the grub was not always what a pioneer like Judah was expecting.

“He does if he wants to hunt mountain lions,” his mother replied. “Broccoli gives pioneers energy and strength, and besides, you have to eat it. If you don’t, you will have it for breakfast in the morning. And I don’t think Davy Crockett ever ate broccoli for breakfast. Yuck!”

Judah Crockett was caught on the horns of a dilemma. “Do I eat the broccoli now, so I can hunt lions and bears in the morning after a good breakfast of eggs or cereal?” He pondered that option. “Or do I refuse to eat it and hope that Mom will forget about it by tomorrow?”

Judah refused the broccoli, and was told that it would be saved for him until breakfast. He slept fitfully that night, dreaming that he was Davy Crockett and he was being attacked by a giant broccoli tree that kept trying to eat him up. But when he woke up, the sun was shining, the lions and bears were out there, waiting to be trapped or shot, and Judah hit the floor with a smile, excited about life on the frontier. When he got to the chow hall, drawn by the smell of bacon, he saw the rest of the family sitting down to a scrumptious breakfast, and then the dream he had all night became a nightmare. His plate was there, and all that was on it was last night’s broccoli.

“Where’s my breakfast?” Judah asked, knowing the answer but hoping maybe that this was all a cruel joke.

“Right there,” his mother replied. I added, “Judah, you were told last night what the deal was. If you want to be able to go outside and play this morning, you are going to have to eat your broccoli.”

Judah slumped in his seat, his chin on his chest, his hands hanging at his sides, defeated on the outside but stubborn as the wildcats he hunted on the inside. “I won’t do it,” he thought. “I will not eat my broccoli. Yuck!”

The lions and the bears had the run of our backyard that day because Judah Crockett’s will remained strong — or, was it weak? He finally gave in, and he was reminded of two valuable lessons. First, he was the child, we were the parents, and he would have to obey. Period. Second, he was beginning to learn that “For the moment all discipline seems painful rather than pleasant, but later it yields the peaceable fruit of righteousness to those who have been trained by it.” We are proud of Judah and the fruit of righteousness we see in him, and thankful to God who loves our son more than we can imagine.
By Mark Fox