Are You Seeing Wondrous Things? 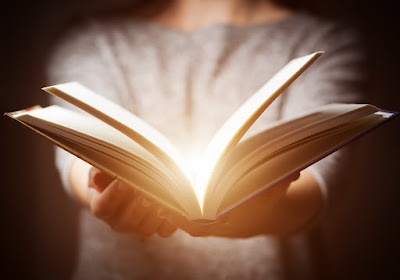 David wrote, “Open my eyes, that I may behold wondrous things out of your law.” Wondrous things? In the Bible? Let’s be honest. Most of the world and a great number in the church do not believe the Bible is anything special. That’s why it sits on their shelves. They have no idea of the riches that are found in here, the wondrous things to behold. You never hear a Super Bowl MVP after the big game say, “Now I want to see the wondrous things in God’s Word!” No, he says, “I’m going to Disney World.”

I have been to Disney World a few times. I honestly don’t remember much about it except for long lines, irritable people (like me), and unbearable heat. It was fun, don’t get me wrong, and don’t think I have anything against the place. I don’t. But not one thing happened at Disney World that was life-changing. However, on many occasions I have heard a word preached or seen a passage in the Bible that changed my life.

As a senior at Carolina I woke up one day thinking, “I’ve got to find a wife!” Seriously, that’s about as deep as the thought process went. I asked someone to marry me not long after that, bought her a ring, she bought a wedding dress, and in five months we would be married. While home one weekend, I went to church with my family. The teacher of the college and career class said, “You need to know who your master is, what your mission is, and who your mate is, in that order.” That’s what I remember, but I am sure he anchored it in the Word, maybe something like, “Seek first the kingdom of God and his righteousness, and all these things will be added to you.” Then the teacher said, “If you don’t know for sure who your master is, you can’t possibly know what your mission is. And if you don’t know your master and your mission, the biggest mistake of your life is to try to choose a mate. You are courting disaster.”

You know what God did that day? He opened my eyes to see wondrous things in his Word. I had a moment with God in that church classroom that was just as important to me at that time in my life as the Mount of Transfiguration was to Peter, James and John. They saw Jesus, glorified. So did I. They went down the mountain different men because of what they had seen and heard. So did I. I made that drive from Winston-Salem to Chapel Hill that afternoon scared to death of what I had to go and do. But I also went back rejoicing because I had seen the Word and met with Jesus, and he changed my direction and my life!

Open my eyes, that I may see wondrous things from Your law. That last phrase is crucial. The wondrous things are found in the Bible. Notice that David did not ask for new revelation. Or for a miracle or a visitation. He asked to see what God had already written. That means two things. First, we cannot see God’s Word with understanding unless he opens our eyes. Second, we have to look at God’s Word to see it. Asking God to teach you his Word and never reading and studying his Word is like asking someone to hold you accountable for an area in your life and then refusing to answer the phone whenever that person calls. A simple point, but one often ignored, even in the church.

Are you seeing wondrous things in God’s Word?
By Mark Fox