Are You an Owner or Ambassador? 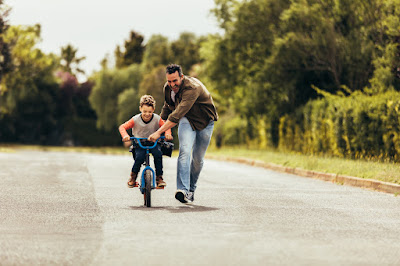 Cindy and I had the chance to get away for a few days of R&R last week, and we loved every minute of it. Besides running together a few times, eating breakfast out twice, soaking up some sun and walking on the beach, we also read. A lot. One of the books I read is entitled, “Parenting,” by Paul Tripp. I have heard Paul speak at conferences before, and he is hilarious. And wise. I still laugh at the story he told about taking two bowls of ice cream up the steps for himself and his wife to enjoy. They had a bowl every night, and every night as he walked up the steps with the ice cream, Tripp said he weighed them in his hands to see which one had the most in it. He would give his wife the other one. He said, “I am taking a bowl of ice cream to the woman who has given birth to our children, who has loved me and put up with me our whole marriage, and I am making sure she gets the bowl with less ice cream in it?!”

Tripp writes and speaks a lot about grace, and how critical it is for marriage and for raising children.

Very early in his book on parenting, Tripp asks the question, “Do you see yourself as an owner or an ambassador?” We know an ambassador has only the authority that has been given to him by another, and that his job is to represent the desires of the one who does have authority. The Bible speaks of Christians as “ambassadors for Christ, God making his appeal through us.”

Whether we parents see ourselves as owners or ambassadors is reflected in our identity. Owners find their identity in their children, and live vicariously through their children’s success. Ambassadors find their identity in God. How we see ourselves is also reflected in the work we do as parents. Owners see their job as turning their children into something. Raising children is hard work, and it does require the parents to take a hands-on approach that will include love and instruction and discipline. But when we see ourselves as ambassadors, we can rest in the fact that we represent someone much wiser and greater. He is the one who does the important work of changing the hearts of our children.

This is also reflected in how we define success as parents. Owners define it as athletic success, academic performance, musical proficiency, or even social likeability. They put pressure on their children to be the best, because their identity, their ‘success’ as parents is integrally tied to their children’s performance. Does this mean we don’t want our children to succeed, and to be the best they can be? Of course not, and every parent who sees himself as an ambassador for Christ wants his children to exceed him or her. But we want that for the child’s sake, and for God’s glory, not for our own.

Finally, this is reflected in how we see our reputation as parents. Owners turn their children into trophies. You can’t have a five-minute conversation with an ‘owner parent’ without hearing about little Johnny’s MVP trophy and Susie’s full-ride to Princeton. Ambassador parents understand the humbling messiness of what they are called to do. They understand that children are God’s trophies.

Tripp writes, “Effective parenting is only possible by God’s grace. His grace is what changes us and changes how we parent. It is what will change our children.”

You know, I often have the thought, though all my children are grown, “I can’t do this! I cannot be a good father for my children!” And I am reminded that no one can, and that each of us is called by God to do the impossible. Tripp writes, “When you’re willing to confess that you’re the biggest problem in your parenting, you are on the road to very good things in you and in your work with your kids.”
That’s me, Lord. Problem-parent number one. Thank you for your grace.
By Mark Fox