This is Better Than Disney World 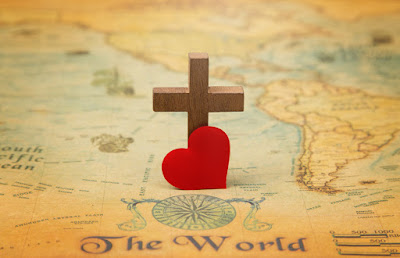 I took each of my seven children with me to Africa, at least once. I took one to Ghana, five to Kenya, and one to South Africa. This process began in 2002 and my youngest traveled with me (and my wife!) to Africa in 2015. I have been able to take my two oldest sons, both married, with me to Moldova. And almost all of my family has been with me to Colombia, South America. The first time Cindy was able to accompany me to Colombia was January 2011. We had the privilege for 10 days of taking most of our family to serve with Jorge and Karen in Bocachica, an island off the coast of Cartagena. Cindy said as we left for the airport that morning, “This is the first time in 25 years I haven’t had to say goodbye to you as you left the country.” The team of 20 from Antioch Community Church consisted of three sets of parents and at least two children from each family, as well as a father and his daughter, another father, and several young single adults. Each of the parents on the trip agreed: there is nothing like serving the Lord with your family in a cross-cultural context. One father said, “It’s better than a trip to Disney World.”

I can think of at least four reasons why a family mission trip is better than a trip to an amusement park. First, we go to serve, not to be served. I love Disney World, don’t get me wrong. But when I go there, I expect to be catered to and entertained. I am spending a small fortune, after all, so I expect to have a full day, or three, of nonstop pleasure. When I go to the mission field, I expect to sweat in the hot sun pouring concrete or digging latrines. I expect to have to take bucket showers. I expect to flush toilets with salt water. I expect to speak through a translator in church services and encounter language barriers with my very limited understanding of Spanish or Swahili or Romanian or Russian, and to overcome those barriers with smiles and hugs. I expect to serve.

Second, there is no better place to have your heart for the world expanded than the mission field in another culture. My children have all come back from mission trips with a world vision, not just a Burlington vision. Jesus said to his disciples in Samaria, “Lift up your eyes and see the fields, for they are already white for harvest.” A mission trip lifts the gaze.

Third, there is nothing like a trip to another culture to make you appreciate the blessing of your own. “I am ashamed of how much I take for granted” is a typical comment we hear from those who travel to another place where people typically exist on one or two dollars per day. Seeing that motivates you to live more simply and give more freely.

Fourth, serving on the mission field as a family increases our vision for serving God here as a family. Most of the teams that travel to the mission field from America’s churches are comprised of young people and one or two adult leaders. I know, because I see them in the airports with their colorful T-shirts that proclaim where they are going and why. Jorge said to me in 2011, “It is so helpful for our mission and the people we serve to see whole families coming here,” he said. “They watch your marriages and how you interact and work together as a family, and they are blessed by that.”

Oh, not half as much as we are blessed by it, Jorge. My family is involved in church and mission here in the United States in a way that has been informed and broadened by our exposure to church and mission in other cultures. I cannot begin to put a price tag on that blessing.

Here’s my challenge. Take that money you would have spent on yourselves at Disney or in the Bahamas, or on a cruise, and invest in the kingdom of God. Go on a family mission trip. It will change your life. It will change your family. It will be used by God to change others.
By Mark Fox