The Hardest Thing of All 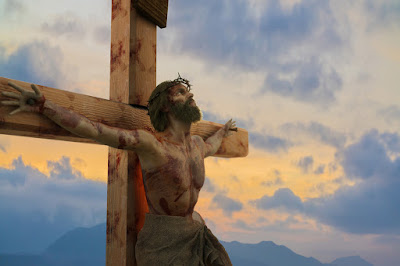 “He who did not spare his own Son but gave him up for us all, how will he not also with him graciously give us all things?”

This verse, Romans 8:32, is an argument from the greater to the lesser. From the harder to the easier. Let’s suppose I asked one of my sons to come over and pressure wash my house, and he agreed. After six hours, and he is finished, if I asked him to also take the trash out, he wouldn’t hesitate. He had done a much harder thing, so he would certainly do the easier.

God did not spare his own Son but gave him up for us all. That’s the hard thing. The greater thing. The greatest and hardest work ever done in all the universe. To understand this work, this sacrifice, we have to give human terms to it. I know that nothing is impossible with God, but that doesn’t mean that not sparing his own Son was easy. No! It was infinitely hard for an infinite God to sacrifice his only Son. He did so because of his desire to satisfy his wrath against your sin and mine, so that you and I could be saved and forever in his presence, happy and holy and without sin. And since there is absolutely nothing you or I can do to satisfy God’s wrath against our sin, he had to do it for us.

The agony of Christ on the cross was only matched by the agony of the Father who had to watch as his son suffered and died for sin. To watch him being spit on and mocked and beaten. To watch the Roman soldiers driving nails into his hands and feet. To watch this only Son thirst and struggle to breathe and suffer and die.

He did not spare his own Son. He delivered him up for us all. Therefore, what do we know is true? What is God calling us to lean into and stand on and believe with every cell in our body? Because God did the hardest thing, he will do the easier thing, which Paul introduces with a question.

How will he not also, with Christ, graciously give us all things? Paul asks the question, perhaps because he knows this is almost too good and too glorious to be true. But Paul knew, and we must know, that it is too TRUE to be anything but good and glorious! What is the promise? God will give us ALL things with Christ. This is not a promise of material prosperity or perfect health. So, what does this mean for you and for me?

Because God has done the greatest thing of all, removing the sin and shame and judgment that stood against me and you, there is nothing that stands between God and his people now. There is no greater work to be done by God. It has all been done. “It is finished!” Jesus cried from the cross. And it was. It is.