Loving Accountability is Not ‘Micromanagement’ 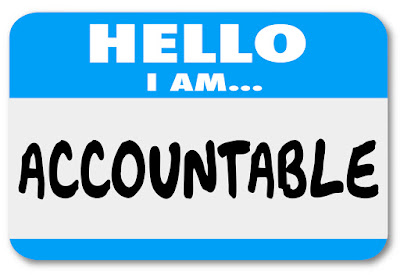 I really like John Rosemond’s column in the Times-News, and generally I agree with him. Every now and then, though, I just have to take issue with his advice. The question from concerned parents several years ago was what to do about their 17-year-old daughter and her boyfriend. The letter said the daughter is an honor student, and is not a risk-taker, “except with boys.” She and her current boyfriend are chafing under her parents’ rule that they cannot be alone together, and she has been caught texting her boyfriend about “sneaking out in cars to be alone.”

Mr. Rosemond started his response by saying, “Your question, however brief, absolutely drips with evidence that the two of you are guilty of world-class micromanagement.” He then went on to define “micromanagement” and its effects, “deceit, disloyalty, conflict and communication problems.” Rosemond said that these young people are engaging in three of the four of those effects and the final one, disloyalty, will surely follow if the parents continue in their destructive behavior of micromanagement.

Mr. Rosemond seemed to ignore the towering clue in the parents’ question, that their daughter tends to be a risk-taker with boys. They know their daughter; Mr. Rosemond does not. He casts that aside and seems to imply that the parents are incompetent because they want to maintain standards of behavior with their daughter for her own protection. Mr. Rosemond admits that young children need tight reins on their behavior, and I agree that as our children grow, those reins need to be loosened, in direct proportion to the wisdom and responsibility our children display. Rosemond even agrees that “some teens, because they have demonstrated a serious inability to make good decisions, may need to be micromanaged.” But then he goes on to say, “the very teen who needs it is not going to submit to it. A teen who does not need it is not going to submit to it, either. Therefore, micromanagement does not work with teens. Period.”

Wow. I know Mark Twain quipped, “When a child turns 12 you should put him in a barrel, nail the lid down and feed him through a knot hole. When he turns 16, plug the hole.” That view of parenting teens would be on one end of the scale. Mr. Rosemond’s counsel sounds dangerously close to the other extreme, where one might suggest, “Teenagers are going to do what they want to do, no matter what we tell them and no matter how we have trained them. So, let’s take our hands off, let them go, and pray for the best.” I would suggest there is a healthy middle ground between an authoritarian and a laissez-faire style of parenting. I would call it “loving accountability.”

Every teen needs adults, particularly parents, who will hold him accountable, raise the standards, help him grow up “to the measure of the stature of the fullness of Christ.” Every adult needs that as well. I meet with two men weekly, early in the morning before work, and the meeting has one purpose: loving accountability. We ask each other questions like, “Have you led your family consistently in devotions this week?” “Have you been with a woman this week in a way that could be viewed as compromising?” “Have you viewed any sexually explicit material?” “Are you praying with and for your wife regularly?”

Are we men “micromanaging” each other? No, we are acknowledging before God that left to ourselves we cannot be trusted, that our hearts are deceptive, that we desperately need men who will help us with “loving accountability.”

Loving accountability. Even a 17-year-old honor student needs that from her parents.
By Mark Fox