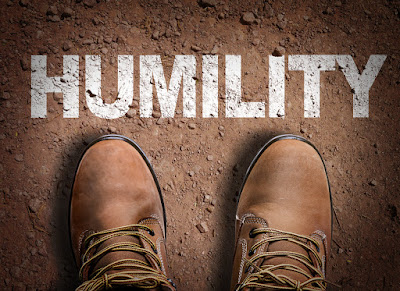 A man that looked like he could play defensive end for the Panthers approached me after a meeting two weeks ago in Chisinau, the capital city of Moldova. One of the things I had taught that evening (with my son, Caleb) was how important it is for a man to pray with and for his wife, out loud, often. Even daily. We talked about the privilege and the responsibility a husband has to love his wife, and that includes praying for her. I told a story of how God had humbled me years ago, when Cindy was going through a trial. I knew that it was not enough for me just to pray “in my head” or in private, for her. She needed to actually hear me praying for her more often. She needed me, and God wanted me, to speak Scripture over her as I cried out to God for her. It was humbling and at the same time, it was one of the best days of our marriage when I decided to obey the Lord in this.

I told the men that night that I know most Christian husbands do not pray out loud for their wives. Some are afraid they might say the wrong thing. Some are embarrassed to be that vulnerable. Some are too busy. Some just refuse to do it. We reasoned with the men from Scripture about the position we have in the marriage. If we are to be like Christ, who is seated at the right hand of the Father, and is always interceding for his bride, the church, shouldn’t we enter into this ministry as well?

This man looked down at me and said, “How can I humble myself? I am too proud to pray for my wife out loud.” He was asking how to humble himself while he was in fact humbling himself! I saw in this man two ways that we walk out humility. First, when we voluntarily confess sin, we are humbling ourselves. It is one thing to “be humbled” when your sin is exposed by someone else. It is quite another to own it, confess it, and turn away from it. Second, when we ask for help, we are humbling ourselves. The man said, “Help me.” He was a man who had heard truth from God’s Word that had produced personal knowledge of the Lord that he had not had before. He was broken over his disobedience and he wanted to do the right thing. Now, true humility was proved out that night if he went home and humbled himself before his wife by asking if he could pray with and for her. Only the Lord and that couple know whether that happened. I believe it did, and that their marriage is stronger now than before.

Contrast that example with another listener who approached me after a seminar in the city of Orhei. This woman, a mother and a grandmother, told me through our translator, that she vehemently disagreed with me about training and disciplining children. I reasoned with her from Scripture for several minutes, and got nowhere. Another man who was standing there observing all of this said to me, “There’s no way she will listen to you. She doesn’t listen to anybody.” That would be indictment enough. But after I was pulled away to talk to someone else, this woman continued to bend the ear of the translator. He also pointed her to the Bible. She finally said, as she turned and walked away, “I don’t care what the Bible says.”

It is the same in Moldova as in America as in every place on earth. Those who humble themselves before the truth of God’s Word come to a greater place of joy and freedom than they have ever known. Those who walk away from the truth continue stumbling through the darkness.

Humility changes everything.
By Mark Fox