Attitudes to Avoid, Actions to Adopt 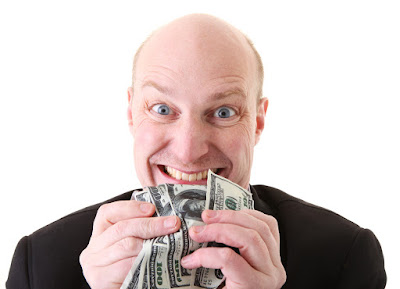 “Religion begat prosperity and the daughter devoured the mother.” Kent Hughes explains Cotton Mather’s quote by saying that when a person comes to Christ by faith and is born again, his life is turned upside down. Old bad habits are replaced with new good habits of faith and love and hard work and gratitude. He becomes a better worker and manager of resources as he lives out the Scriptures, which results, often, in economic prosperity. The tragedy is, in many cases, “new prosperity and material wealth devour the same Christianity that gave them birth — especially in the second and third generations.”

This is why Paul in Scripture gives a stern warning to all who are “rich in this present age.” By the way, if you are tempted to stop reading because you don’t think you are rich, consider this. The average household income in Alamance County is around $43,000 per year. That income is in the top 1.72% worldwide, which means we are richer than more than 98 percent of the world. What should we do about it? According to Paul there are attitudes to avoid and actions to adopt.

Avoid trusting in uncertain riches. The more we have, the more we have to fight against finding our security, and even our sense of self-worth, in our possessions. This deadly downward spiral never ends well and can only be corrected through repentance and acknowledging God as the owner of everything, including the very breath in our lungs. He alone is worthy of our trust.

The actions to adopt begin with this simple command: “do good, be rich in good works.” I knew a dear lady who is with the Lord now, but she used her income and her nice home to show hospitality to people she knew who did not know Christ. She would invite several couples over for dinner and a conversation about things of faith. I know a couple here in town who own several properties that they invite people going through difficult trials to live in for a while, as they teach them to manage their money and their lives in a way that is healthy and productive. You know people like that as well. Are you one of those people who lives on less so that you can help others who have legitimate needs?

Paul then says to us we should be “ready to give, willing to share.” It is sad that though Americans have the largest incomes in the world, we also saddle ourselves with the most debt. As Dave Ramsey says with a smile, “We buy things we don’t need with money we don’t have to impress people we don’t even like!” Why not put yourself in a position where you are ready to give by getting out of debt as quickly as possible, while at the same time beginning to give to the work of your church, to global missions, and to local needs?

Don’t get devoured by your own prosperity. I believe that those who learn to give will one day be met in heaven by the beneficiaries of their giving. That is worth the sacrifice.
By Mark Fox