Marriage is for Givers 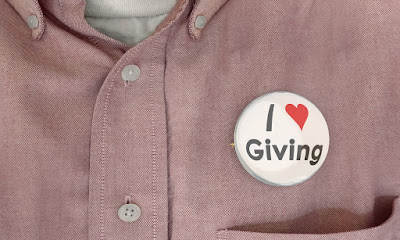 Some church people were reacting to the stain of sexual immorality that saturated the culture by saying, “Ok, that’s it. Sex is bad, so we will abstain from it in marriage.” In other words, in order to avoid the ditch of licentiousness, they ran into the ditch of ascetism, which is severe self-discipline to the point that you deny yourself any self-indulgence. But, dear readers, sex is not bad. People are bad. Sex in marriage is a good and holy creation of God. Sex is not just a good idea in marriage, it is required for a healthy marriage. That’s why Paul responded to them with this: “each man should have his own wife, and each woman her own husband.” In that one sentence, he said no to polygamy, yes to monogamy, yes to healthy sexual relations in the marriage, and no to the Shakers, who must have been distant descendants from some of these ascetics. The Shakers were founded in the 18th century, and were also known as the Shaking Quakers, because of their ecstatic behavior during worship. Very early on, women assumed the leadership roles in the group, and one of the tenets of their faith was that everyone, married or not, must practice celibacy. As a result, they slowly died off because, well, no sex equals no children.

Paul continued his instruction to married couples with this encouragement: “The husband should give to his wife her conjugal rights, and likewise the wife to her husband.” The operative word in that sentence is “give.” The husband should give and the wife should give, even though each has been given authority by God over the other’s body in marriage. The key is giving of yourself, not taking what is yours. If you just focus on the word “rights,” you will get all twisted up and turned inward. You start thinking about your rights and your desires and your needs and your feelings, instead of how to give to your spouse. What makes a marriage work? It is not a demand for rights that brings a blessing, but two people with a heart to give to one another. It is there that God commands His blessing. I can hear someone say, “I just don’t feel like giving myself to my wife, or to my husband!” C.S. Lewis wrote this: “Though natural likings should normally be encouraged, it would be quite wrong to think that the way to become charitable is to sit trying to manufacture affectionate feelings…The rule for all of us is perfectly simple. Do not waste time bothering whether you ‘love’ your neighbor; act as if you did. As soon as we do this we find one of the great secrets. When you are behaving as if you loved someone, you will probably come to love him.” In other words, if God has told you to give to your spouse, don’t wait until you feel like it. Act yourself into a way of feeling.

One thing we know for certain, that it is rare that both in the marriage have the same level of interest and passion about intimacy, or the same comfort level. And we know that the level of interest and passion changes over time for husband and wife, but often at different times. Tony Reinke says, “Both have authority, but what do you do if the desires or how they call the shots are not the same? Any simple formula will not fit reality, and Paul knew he was dealing with complex, emotional moments. In a Christian marriage, where the couple is growing in grace, they will figure this out. (As the Bible says), ‘Outdo one another in showing honor.’”

Finally, I know this is a complex and difficult area for many. What if there is brokenness in the marriage or in the past of one or both partners? In her book, “Rethinking Sexuality,” Juli Slattery writes this: “How to move forward: Tell the truth about your experiences, past and present. All progress begins with telling the truth. Pursue God’s truth. Apply God’s wisdom. Use a biblical counselor if needed. Don’t put it off.”