Why Forgive When You Can Sue? 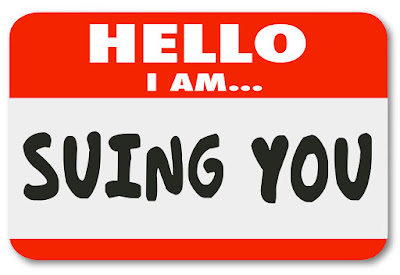 Imagine this scene. One of your neighbors calls on a Saturday morning with an urgent request to come immediately to his front yard. You hang up and hustle over there, to find 30 chairs on his lawn, most of them already filled with neighbors. Directly in front of the chairs you see two children on a bench, sitting quietly and studying the ground. As more neighbors wander in, you see shrugs and hear whispers of ‘what’s going on?’ Then the neighbor who called the gathering stands in front and thanks everyone for coming. “When I woke up this morning,” he says, “I awoke to screaming. I ran into the living room and found these two children (pointing at the defendants) fighting with one another over a toy. They were both angry and red-faced, and each was absolutely certain that he had possession of the toy first. I need your help,” he says, “to resolve this matter.” His face is grim and his eyes pleading. His wife has refused to come out, but you see occasional glimpses through the bay window, as she hides behind the curtains in the living room.

What would you say to your neighbor, besides, “Have you have totally lost your mind?” You would tell him that this is not a neighborhood matter, but a family matter. Surely, you might say, you are able to handle disputes among your own children.

Silly analogy? Perhaps, but it’s not too far off the beam. The church in Corinth in the first century was no different from the church in your neighborhood, and mine. Church members were taking each other to court, and Paul was incredulous. He was not stupefied by the fact that there were grievances among them. That happens in any family. He was amazed and saddened that they were airing their dirty laundry in public.

One of the favorite pastimes of the ancient Greeks, and, it would seem, the modern Americans, was to take someone to court. Or at least to go watch a friend sue somebody in court. Better yet, you could be chosen one morning to serve on a jury. There could be 200 jurors, plus one to break a tie, in a normal court case. In some cases, as many as 6,000 people served on the jury. Just imagine the chaos in that deliberation room.

If you read the text in Paul’s letter, you will notice that the apostle was not writing to the city fathers of Corinth, trying to change the mindset of the world. He was writing to Christians, in the church, who were taking their fellow Christians to a civil court, laying their cases before “those who have no standing in the church.” Disputes between believers should be settled in the church, not in the court system. There are exceptions to that rule, I know. If a man is physically assaulting his wife, for example, that is a legal matter that will be handled as such, as any legal matter should. But if one man in the church slanders another, or if a woman takes up an offense for her child, that is a matter for the church members themselves to resolve.

The late associate justice on the Supreme Court, Antonin Scalia, wrote this about our litigation-loving land: “I think we are too ready today to see vindication or vengeance through adversary proceedings, rather than peace through mediation…Good Christians, just as they are slow to anger, should be slow to sue.” Robert Taylor said, “Litigation is a manifestation of an absence of community.”

Got a grievance with your kids’ behavior? That’s a family matter. Got a beef with a brother in the church? That, too, is a family matter. Work it out, to the glory of God and for the sake of peace.
By Mark Fox