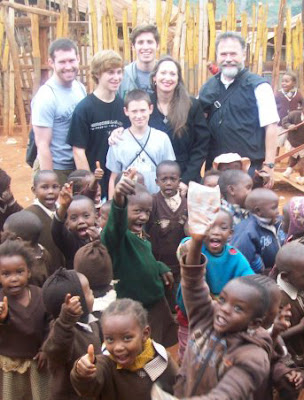 Cindy and I got to spend one night last week with our good friends, Larry and Mary, in a beach house at Emerald Isle. They live in Tennessee, and we only get to see them once a year, if that. But our friendship goes back to when we were still young parents, trying to figure it all out. I remember our last time together at the beach. It was 25 years ago, or so, and we encouraged them to try something different in the way they were disciplining their firstborn. The son was not real happy about the suggestion, but Larry and Mary were thrilled with the results. Fast forward a quarter-century, and their four sons are all making a difference for Christ with their lives. Credit that to good parenting and the grace of God.

A few years after that beach trip, we spent some time together at a conference. After the evening session, Larry and I went to the gym, and played one-on-one basketball for more than two hours. We both remember that we played until one of us got to 100. Neither of us remembers who won. We have played golf together a number of times. Last week when we arrived at the beach house, Larry told me he had a basketball, a new football, and tennis equipment we could use. Hey, we both like to play, and we are both competitive! The next morning we played tennis for two hours. I won’t tell you who won, because it’s too painful.

I remember sitting in a restaurant with Larry in 1992, as he was preparing to take his family to Africa. He challenged me with questions about the call Jesus gave each of us, to make disciples of the nations. Since that year, Larry’s ministry has trained tens of thousands of pastors in Africa, and I have had the privilege to share in that training with him on occasion. I have led pastors’ seminars in four African countries, mostly because of Larry’s influence, and have traveled with Larry on a number of occasions. He invited me in January of 2006 to go to Kenya and South Africa with him and a few wealthy businessmen from Tennessee. That trip stands out in my mind for a few reasons. It is stuck in my memory because my father was dying with cancer. I asked Dad if it was OK for me to leave, and he gave me his blessing.

I also remember one of the team, also named Mark, was a very wealthy businessman. He invented a turbo football that I am sure many of my readers own. Mark and I sat next to each other on a bumpy flight to Masai Mara. He told me about his work, and about his family, and he asked me lots of questions about my life. I have never gotten sick on an airplane, but this is another reason I remember that trip so well. The plane bucked and wobbled as we went through heavy storms for an hour, and by the time we landed, I was green and my airsickness bag was full. My new friend, the multi-millionaire inventor, took it from me so he could throw it away.

Larry and Mary spent 7 years living in Africa, and saw the good, the bad, and the ugly. The bad and ugly include being robbed at gunpoint in Kenya. It includes being part of a church that was attacked by terrorists in South Africa. It includes a near miss, as one of their sons was headed to the Westgate Mall in Nairobi in 2013 when masked gunmen attacked it. The good includes having children born in Africa; Larry calls them his “African-Americans.” The good includes making friends everywhere they lived, and partnering in ministry with hundreds of missionaries and church leaders. Today, Larry and Mary continue to serve the African church from their home in Nashville. You can read more about their ministry at http://www.leadershipintl.org/. If you have a chance to hear Larry speak sometime, do it. He is an excellent storyteller, and his stories will move your heart and may end up moving your place of residence to where a people-group in the world needs you.

Cindy and I love Larry and Mary, and have been privileged to learn from them over the years, to laugh and to pray together, and to share this past year in their battle with cancer. We are so blessed to walk together, even if only once a year, with them. They illustrate what the Bible says: “a friend loves at all times, and a brother (or sister) is born for adversity.”
By Mark Fox