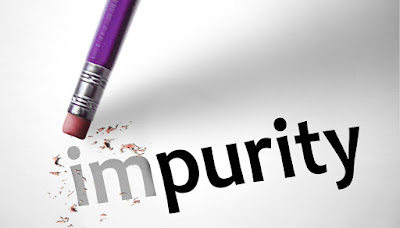 The situation inside the church in Corinth was serious, because a couple practiced sin that even the pagans of that day would not permit. “A man had his father’s wife.” Paul may have been shocked by this sin in the church, we don’t know. What we do know is that he was shocked by the church leaders’ arrogance about it. Their cavalier attitude, and their boasting about it, that they were so tolerant as a church to allow this sin to go on with impunity, appalled the Apostle. Some believe that the man in question had not been corrected because he was a big donor, a big shot in the church. You can imagine the elders discussing how this man parades into the church each week with his step-mom on his arm, and they say, “Well, you know, we need to just overlook this, because what would we do about that new building we want to add to our campus if Mr. Big Shot stops coming and takes his money with him? I mean, we are planning to name it ‘Big Shot Family Life Center’ right?” The elders all stare into their coffee mugs, shaking their heads.

Very simply, Paul stated the solution in his letter to the first century church: “Let him who has done this be removed from among you.” In other words, exercise church discipline. This might be shocking to some of you, that a person would be told that he couldn’t come to church anymore until he repents and renounces his practice of sin. But it is not new. It just seems that way if you have never been in a church that practiced it. Why does church discipline shock us? We are not shocked at all when we hear that the company we work for has strict guidelines for how we are to work, the time we are to put in, and the authorities we are to submit to. We are not shocked when we hear that a person was fired because he wouldn’t come to work, or he left early every day, or he was padding his expense account, or he was refusing to do his job. Workplace discipline is expected. It is the same in the academic world. No student is surprised when I tell them that they have to come to class and they have to give speeches. They are not shocked when I tell them they cannot plagiarize someone else’s speech, and they cannot cheat on the tests I give them. Classroom discipline is expected. I was in a courtroom a few years ago to support a friend who had to stand before a judge. Before the judge ever entered for the “All rise!” and before the first case was ever called, a bailiff walked through the courtroom and asked every person wearing shorts to leave. Some of them were about to be called before the judge, but they had to leave. Courtroom discipline is expected. Stephen Um writes, “It would seem that the only place that we don’t want the principles of discipline to apply is in the church. (But) if discipline is functioning properly in the church, there will be a self-correcting ecosystem, and the glaring example of hypocrisy would be greatly reduced, if not eliminated.”

The purpose of church discipline is to restore the person practicing sin, to protect the body of Christ, and to promote the message of the Gospel which teaches us that we can be set free from sin that destroys us. Do you know why most churches do not practice church discipline any more? It is simply because the culture of “tolerance” has entered the church. We have begun to believe the lie that it is more loving to let the person continue in his sin than it is to help him be free from it. We may even believe the lie that says, “It is my body, and I can do whatever I want to with it.” The Bible teaches us that we are not our own, those of us who belong to Christ. “We were bought with a price,” and a high price it was.