Keeping the Camel Out of the Tent 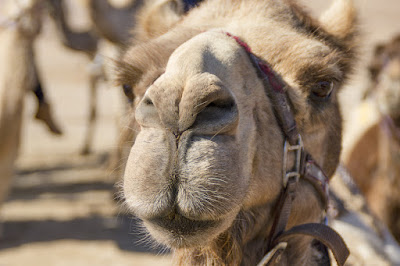 I am amazed at the boldfaced steps that are being taken to make Darwinian evolution mainstream and to marginalize or destroy any mention of God as creator in today’s classrooms. Harvard biologist Richard Lewontin wrote several years ago that we must prefer “science” to “supernaturalism.” Why? “Because,” he said, “we have a prior commitment, a commitment to materialism.” That is stunning in itself, for it is an admission that a philosophical presupposition drives the evolutionist, not the facts. Lewontin agrees. “It’s not that the methods and institutions of science somehow compel us to accept a material explanation” of the world, he writes. “On the contrary,” he continues, “we are forced by our a priori adherence to material causes to create an apparatus of investigation and a set of concepts that produce material explanations.” Nancy Pearcy translates this in her book, “Total Truth.” She says that what Lewontin is saying here is, “We first accepted materialism as a philosophy, and then refashioned science into a machine for cranking out strictly materialist theories.”

Lewontin concludes that this commitment to materialism must be “absolute, for we cannot allow a divine foot in the door.” Or, a divine camel’s nose in the tent.

Don’t believe that the tent flaps have been nailed down? Here are a few examples from textbooks that are used in our nation’s schools today.

“Many people believe that a supernatural force or deity created life. That explanation is not within the scope of science.”

“By attributing the diversity of life to natural causes rather than to supernatural creation, Darwin gave biology a sound scientific basis.”

Darwin himself would be pleased that his theory of evolution has taken root so deeply in our culture. He wasn’t sure about evolution, but he saw it as one of many possible explanations for the origin of the universe that left out God. Make no mistake: leaving out God was his primary objective. He wrote, “If I have erred (by exaggerating the power of natural selection) I have at least, as I hope, done good service in aiding to overthrow the dogma of separate creations.” What was most important to him, Darwin wrote, was the idea that “species have descended from other species, and have not been created immutable.” He was willing to concede his theory for any other viable mechanism out there, as long as it was naturalistic, as long as God could be kept out of the picture.

Funny thing about God. He will not be left out of the picture, especially since He painted it. Only the Bible’s explanation makes sense of where we came from and why we are here. C.S. Lewis responded to those who misinterpret the Bible and in the process make fun of Christians for wanting to go to a heaven where we will “spend eternity playing harps.” Lewis wrote, “The answer to such people is that if they cannot understand books written for grown-ups, they should not talk about them.”

Here’s how God might respond to those who would make up stories to explain the universe. “Who is this who darkens counsel by words without knowledge? Now prepare yourself like a man; I will question you, and you shall answer Me.”

Forget the camel, his nose, and your tent. It is the Lord of the universe with which we have to do.

Look to him. Listen to him.
By Mark Fox