There is Correction for These Trajectories 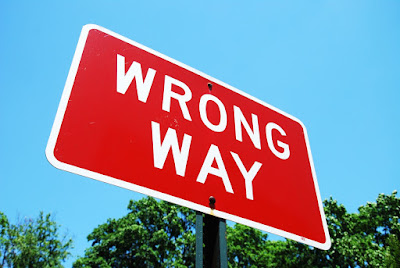 I had the privilege to speak twice at a conference last weekend in Winston-Salem. After one of my talks, which was on “Time Management,” a family came up and introduced themselves to me. They live in Thomasville, and though they appreciated what I shared about managing ourselves and stewarding our time wisely, what they really wanted to talk about was the church. Specifically, their desire to be involved in a church that puts the Gospel first, and doesn’t separate the family at the front door. As I thought about that later, I was reminded of another conference I attended several years ago. There, I heard Al Mohler speak about eight trajectories that have led the church away from the Gospel. Here are four of his eight warnings, and then I would like to add one of my own.

The Therapeutic Trajectory: This rests on the belief that we really need a therapist, not a Savior. Most people would rather claim they have a sickness than admit their problem is sin. Recovery and rehab can “cover” a problem, but sin can only be removed by faith in Jesus’ substitutionary death and resurrection.

The Pragmatic Trajectory: This is based on the idea that we should do what works in the church, whether it has biblical support or not. Mohler said, “A pragmatic approach can produce crowds that are not churches, and ‘converts’ who are not Christians.”

The Emotional Trajectory: This tendency puts a premium on what makes a person feel better based on personal preferences and experiences instead of on the Scripture and the way God reveals Himself. This leads to much felt-need, topical preaching, trying to scratch where people itch, or where they think they itch, instead of expository preaching that takes us back to the cross, where our real need can be exposed and taken care of.

The Materialist Trajectory: This trajectory is based on the belief that what we can touch and feel is more important than what is immaterial. This is the prosperity “gospel” that preaches that you can and should live your “best life” now.

Those are four of the eight trajectories Al Mohler presented. I would like to add one of my own that I call the Trained Professional Trajectory. This is based on the belief that programs and church staff are best equipped to disciple families. Timothy Paul Jones writes in his book, Perspectives on Family Ministry: “Suppose I called my wife this afternoon and announced, ‘Honey, guess what? Remember how you asked about a date tonight? Well, I hired a professional dater to take you to dinner and a movie. He’s much better at dating than me — plus, since I’ll be home, we won’t need a babysitter. Have a great time!’” How many nights would you be sleeping on the couch if you pulled that stunt?

Some things are just too important, too significant, to surrender to so-called professionals. So, why have we let that happen in our churches, where fathers have in large part been replaced by programs and staff? Church leaders can equip fathers to disciple their families, but leaders should not do it for them or hire a professional to do it for them. That is what has happened at an alarming rate in this country since World War II. Now, Jones writes, you will be hard pressed to find a church’s youth group that has a mission statement that says anything about the fathers of the youth. Jones read more than 100 mission statements on youth ministry websites before he found one that even mentioned the parents’ role, and that was in a sentence fragment.

The Bible has a correction for this trajectory: “And you fathers…bring (your children) up in the discipline and instruction of the Lord.” If you don’t know how to do that, you are a wise man if you ask for help. Abdication, letting the “professionals” do it, carries a price tag that is much too high for the families of this generation and the ones to come.
By Mark Fox