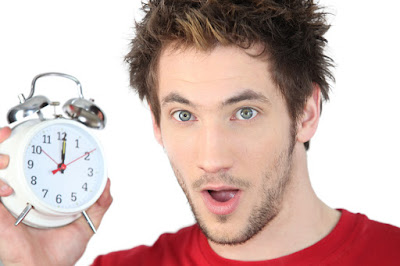 I remember when my second son was little, probably around 5 months old, and I laid him down on a kitchen countertop, just for a second, while I turned and opened the refrigerator door to get something. Hey, don’t look at me like that. I was training my son to obey. I laid him down and said, “Caleb, stay there.” As I reached into the fridge, just for a second, I heard a sickening thud behind me. I turned around in horror to find my son lying on the kitchen floor, startled for a moment, before he burst into a scream. At that precise moment, I heard another sound, a voice coming from the bedroom, saying, “What happened?” What happened was I took my eye off of my responsibilities, just for a second, and it could have been disastrous.

Then there was the time I was 17 years old, driving my father’s Oldsmobile (and it really was my father’s Oldsmobile) in Charlotte. I had gone there with two high school friends to check out the university. I remember it like it was yesterday, driving down Independence Blvd., feeling like I might as well be in New York City, because I had never driven in traffic like that before. It was rush hour, I was nervous, driving with two friends, and not really respecting the seriousness of the moment, when it happened. I turned left at a stoplight, right into oncoming traffic. A city of Charlotte truck hit us broadside and smashed up the Olds, but thankfully we were not hurt.

That wasn’t the worst of it. I ran over to the truck to see if he was OK and the man waved it off. He said, “Yeah, I’m fine,” got out of his truck, assessed the damage to the front end, and got back in. I went back to my car and waited for the police to arrive. As soon as the policeman arrived, the truck driver got out of his car and was limping like he had a compound fracture in his right femur. I told the officer that the man had gotten out of his truck two minutes earlier and walked, not limped, around it, but the officer told me not to worry about it. So, I didn’t.

That wasn’t the worst of it. I had to call my father and tell him that I had a mental lapse while driving, just for a second, and wrecked his car. That wasn’t the worst of it. Six weeks later there was a knock at the door and my father was served with a lawsuit, because of the wreck. I thought I was going to pass out. Again, the whole thing happened because I had taken my eye off of my responsibilities, just for a second.

I can’t tell you how many times in nearly 36 years of marriage I have found my wife crying because I have taken my eye off of my responsibilities, and she has ended up having to carry something or take care of something that I was supposed to do. There is a saying that a woman notices when there is a leak in the roof, but the man doesn’t notice until the roof caves in. That can apply to actual leaks, or it can apply to problems with the finances, child discipline issues, problems with the marriage, and problems with the spiritual environment in the home. That’s why Paul wrote this: “Be watchful, stand firm in the faith, act like men, be strong.”

This is not a passive word that would describe something like watching television. If that is all that God is requiring of men, then the country is ablaze with his glory. Men everywhere are watching, but not in a biblical sense. In fact, watching television is probably the exact opposite of what this word means. The word is a command to wake up, to refrain from sleep, to engage in what is going on around you. You cannot be on autopilot in your spiritual life and be fulfilling this requirement of the Lord.

Be watchful, men. Engage with your family. Stand firm in a growing faith in God.

And don’t lay your 5-month-old on the kitchen counter. Not even for a second.
By Mark Fox