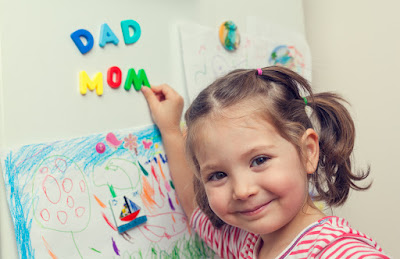 A little boy said to the girl next door, “I wonder what my mother would like for Mother’s Day?” She said, “You could decide to keep your room clean and orderly, and go to bed as soon as she calls you. You could brush your teeth without having to be told, and quit fighting with your brothers and sisters, especially at the dinner table.” He replied, “No, I mean something practical.”

On the eve of Mother’s Day, I offer three practical gifts from Scripture. These are part of God’s refrigerator art if you will, pictures of faithful motherhood.

In Psalm 128, the mother is pictured as a fruitful vine in the very heart of the house. The godly mother has a central place of responsibility in the home that, though she may not see it through diaper pails and dishpan hands, will bear fruit for generations to come.

In 1 Samuel 1, the mother is pictured as the greatest intercessor her son would ever know. It was Hannah’s prayer that touched the hem of God’s garment, and it was Hannah’s spiritual influence on Samuel that shaped and prepared him to fulfill God’s calling on his life.

A London editor once submitted to Winston Churchill a list of all those who had been Churchill’s teachers. Churchill returned the list with this comment: “You have omitted to mention the greatest of my teachers — my mother.” And Charles Spurgeon said, “I cannot tell you how much I owe to the custom on Sunday evenings while we were yet children for Mother to stay home with us, and then we sat around the table and read verse after verse and she explained the Scriptures to us. Then came a mother’s prayer; and some of the words of our mother’s prayer we shall never forget even when our hair is gray.” I don’t know if there is a more powerful force on this earth than a mother’s prayers for her children.

In 2 Timothy 1, the mother is pictured as a woman of genuine faith. Apparently Timothy’s father was not a believer, but God worked through his mother and his grandmother to give him a sound foundation. Is there anything more precious in a mother than genuine faith? The man who would become the most beloved companion of the greatest missionary the world has ever known learned the Word of God as a young child on his mother’s knee. She had genuine faith, not the wishy-washy easy-believism that so many in the church subscribe to today. Genuine faith impacts every person it touches.

Consider Susanna Wesley, who was the youngest of twenty-five children and who gave birth to nineteen herself. Eleven of her children died in childhood. Her husband left her for a time, even serving extended sentences in debtor’s prison. O, how God used Susanna Wesley to give away her faith to her children. As each child turned five, she tutored them in the alphabet and then, beginning in Genesis, she taught them to read, word by word, from the Scriptures. “I wonder at your patience,” her husband Samuel once said. “You have told that child twenty times the same thing.” “If I had satisfied myself by mentioning it only nineteen times,” Susanna Wesley answered, “I should have lost all my labor. It was the twentieth time that crowned it!”

I am thankful for the mother who raised me and for the wife and mother I love and live with. Happy Mother’s Day to all of you who serve so faithfully. You are a gift that could never be repaid in this lifetime.
By Mark Fox