This is Not the Day You Expected 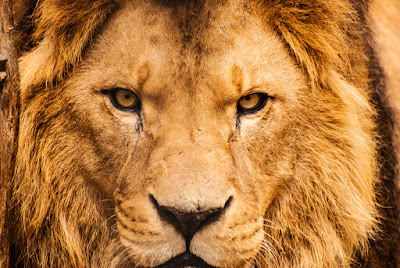 What was a day in your past that you anticipated for weeks or even months? I remember several years growing up when I would wait for my grandmother, Nana, to come on my birthday and pick me up in her convertible Morris Minor. She would take me to a favorite restaurant to eat, and sometimes to a movie. It was a day I looked forward to. What if, instead of stopping to pick me up, she just drove by my house and threw a moldy McDonald’s hamburger out the window at my feet, while singing, “Sad Birthday to you…”? That’s a happy day turned sour.

That is what was going on in Israel in the 8th century B.C., and we could all learn from it. The people presumed that God would look the other way as they lived any way they chose to live. Instead, God said to Israel that they were like a man who was able to escape from a lion, only to meet a bear, and then a deadly snake. This is a scene from a movie, isn’t it? It’s an Indiana Jones stunt, where he is chased by a lion, and somehow escapes. Only to turn around when he thinks he is in the clear, and a grizzly bear is standing there ready to devour him. Somehow he escapes from the clutches of the bear. Hey, this is Indiana Jones we’re talking about. He barely makes it into his house as the bear crashes into the front door behind him. He breathes a sigh of relief while leaning his hand against the wall to catch his breath, and then a serpent bites him and he dies. End of movie. Credits roll. Rest in peace, Indiana!

Except it’s not a movie. It’s real. God is making it plain to those who do not know him that there is nowhere to hide on the day of the Lord. Even your own home is no longer safe. God is coming to where you live, and there’s nothing that can stand in his way.

You see, the people of Israel thought of God then like many people think of God today. That God is always good. Don’t get me wrong, God is good. But to many people today, an “always good” God never brings judgment on his people. And the day of the Lord for them is when their “always good” God vindicates his people while punishing their enemies. But what God thunders to them through his prophet Isaiah, and Jesus repeats 700 years later to the Pharisees and the scribes is this: “This people honors me with their lips, but their heart is far from me; in vain do they worship me, teaching as doctrines the commandments of men.” The people in Amos’s day, and Isaiah’s day, and the people in Jesus’ day thought the same thing then that billions of people think today: “If I say good things about ‘God’ every now and then, and check some of the ‘religious rituals’ off my list now and then, I can live any way I want to. I am home free!”

That presumption results in disaster, and that’s bad news. That track ends with the day of the Lord being the very opposite of what we expected, where a moldy hamburger would be the least of your worries. Here’s the good news. God made a way for us to come to him by grace because he loves us. Start on a different track today, by acknowledging that your presumptions about him have been wrong.
By Mark Fox