Jesus Had a Word For Religious Windbags 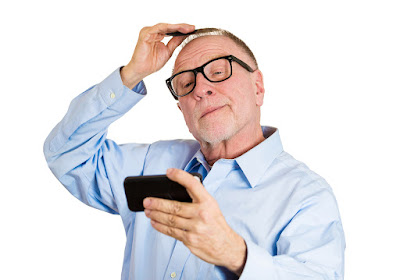 A rather pompous-looking deacon trying to impress a class of boys on the importance of living the Christian life said, “Why do people call me a Christian?” After a moment’s pause, one youngster said, “Maybe it’s because they don’t know you.” Ouch. Someone needs to clean that kid’s mouth out with soap. Or maybe it’s the deacon who needs to take a good long look at his life.

In dealing with the religious leaders of his day, Jesus did not mince words or hold any punches. He called them what they were: hypocrites. The Greek word was used to refer to actors because they played a part, wore a mask, pretended to be something they were not. How many times have we seen someone in a movie play a part that moved us to tears because of their sacrificial love or their selfless stand for goodness and integrity — only to hear the next week that the actor who moved us to tears was arrested for drunk driving or accused of an adulterous affair, or worse? We shake our heads at that, but we know that the character we see on the movie screen is fiction. The actor is playing a role, performing a part that has nothing to do with who he really is. He is, technically, a hypocrite.

What happens, though, when hypocrisy shows up in the church? Matthew 23 is a frightening passage of Scripture for me and maybe for you, too, because I think Jesus is warning us about how easy it is to slip into playing the part, especially if you are in a position of leadership. Perhaps the greater the commitment you have made to follow Jesus and to serve Him, the greater the temptation to slip on the mask when you fail or when you aren’t looking so good.

Here’s one place we can do a heart-check. How much of what we do as Christians is done so that we can be seen, be appreciated, be applauded by men? Jesus said to the Pharisees, “You love the best seats in the synagogues and greetings in the marketplaces.” The chief seat in the synagogue was up front, on the platform, facing the congregation. And the greatest honor was to be ushered up to the front, walking past all the “regular people,” to take the seat where you could best be seen. That’s the key, Jesus said, “You are most interested in being seen.” I am reminded of a recent “Babylon Bee” headline: “If a man reads his Bible, but fails to post pictures of it on the Internet, did it really happen?” Yes, we love to be seen, Jesus said, and we love to be greeted in the marketplace. Oh, this one cuts me to the heart, because I love the rare occasion when someone says, “Hey, are you the one who writes that column in the paper?” I confess it. But God has been gracious to give me children who are not impressed. They say things like, “Yeah, Dad, we were able to find you in the crowd: we saw your bald spot.” Or they grin and say, “Hey, Dad, I knew you were up there somewhere in the crowd, but all the people of normal height were blocking you from view. I thought, why doesn’t Dad stand up? But then I realized that you were.”

Someone said, “Character is who we are in the dark. It’s who we are when no one is looking.” I like that, but I would add that someone is always looking. No matter where we go, God will see and hear what we do and what we say. Perhaps this is the key to avoiding hypocrisy. If I live every minute with the knowledge that God is watching and listening, perhaps God will keep me from becoming a religious windbag. I pray so.
By Mark Fox