Don’t Stop Thinking About the Reason 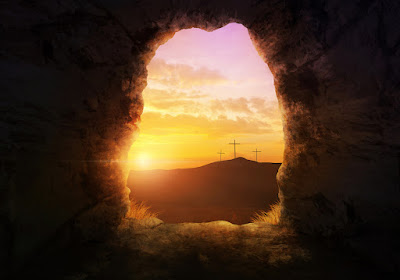 As the story goes, a man was watching TV with his wife when the doorbell rang. He went to see who it was and found his friend on the doorstep. “What are you doing?” the friend asked. He said, “Watching a movie.” The friend said, “Oh, which one?” The man knit his brow and worked on that thought for a moment, then said, “What’s that flower called that smells good but has thorns?” His friend replied, “Rose?” “Yeah, that’s it.” The man then turned and called back into the house, “Hey Rose, what’s the name of that movie we’re watching?” Now there’s a man with a memory problem. His forgetter is working overtime.

It’s important to remember the names of our loved ones, and diseases that strip that ability away are cruel and unrelenting in their torture. But what about those who forget the very reason for their existence simply because they are consumed with lesser things? Why would Paul write to Timothy, “Remember Jesus Christ, risen from the dead”? Surely that is the last thing this young pastor would forget. Not so fast. You might argue that the banner over Israel in the Old Testament was, “They forgot God.” Moses said it this way near the end of his life: “You were unmindful of the Rock that bore you, and you forgot the God who gave you birth.” It is one of the reasons why I believe Jesus gave us the Lord’s Supper. “Do this,” he said, “in remembrance of me.” It is a regular reminder for the body of Christ that employs all of our five senses as we taste, smell, touch and see the elements, and as we hear the Words that he spoke, “This is my body, broken for you…this is my blood, poured out for you.”

The Taj Mahal is perhaps the most beautiful structure in the world. It was built in the 1600s by an Emperor for his favorite wife after she died giving birth to their fourteenth child. It took twenty thousand men more than twenty years to build this magnificent shrine. The sad irony is that by the time the building was completed, the favorite wife had been gone so long that most in the empire did not know her memory and had no idea why the Taj Mahal had been built. They marveled at the edifice, ignorant of the life it celebrated.

It can be true of a church, can’t it? We build magnificent structures and cathedrals that dazzle the eye. We spare no expense to have the finest architecture, the tallest steeple, the largest sanctuary, or the most “cutting-edge” programs. Then we drift away from center. We forget the reason we started the church in the first place. The stained glass windows tell the story of the Gospel that we long since quit preaching. “The Gospel? It is just too exclusive,” some say. “We need a more tolerant message.” The church bells still play the old hymns through the week, songs that many would be embarrassed to sing on Sunday. Songs like, “We’ve a story to tell to the nations, that shall turn their hearts to the right.” Or songs like, “Jesus shall reign wherever the sun does his successive journeys run; his kingdom spread from shore to shore, till moons shall wax and wane no more.” You want to get hissed at, or worse, just stand up on a college campus today and speak the words to either of those two hymns.