This is God’s Plan for Social Justice 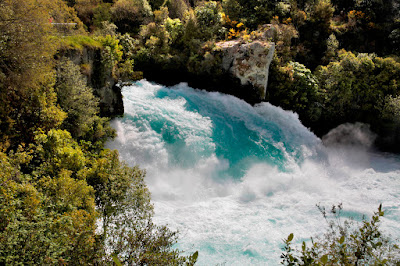 Is God concerned about social justice? You can count on it. He rebuked people in the book of Amos who “turn justice to wormwood,” who “abhor him who speaks the truth,” who “trample on the poor,” who “afflict the righteous,” and who “take a bribe.” God tells his people that judgment is coming, and calls on them to seek the Lord and turn from evil, that justice may be established in the land. Or, as Martin Luther King famously quoted the prophet, “Let justice roll down like waters, and righteousness like a mighty stream.”

Whom did God raise up to speak this truth to power in Israel more than 700 years before Christ? A simple man of labor named Amos. We know very little about him. Amos tells us in the very beginning of his book that he was “among the shepherds of Tekoa.” This was a village of no reputation, about 10 miles south of Jerusalem. Amos was just one of the shepherds in an insignificant little town. Nothing special. We know from later in the book that he was also a “dresser of sycamore figs.” Amos was a simple man who worked with his hands. If he had a business card, it just said, “Shepherd.” His number was 549-BAAA. He wasn’t invited to speak at conferences. He was not a board member for an important corporation. He did not hobnob with the rich and powerful. He didn’t have any honorary degrees from the “best universities.” He was Amos, the shepherd. Jeff Niehas writes, “It is significant that Amos chose to remain largely faceless, because this attitude reflects what should be the true spirit of a prophet, epitomized by the last of the prophets of the old covenant, who said, ‘He must increase, but I must decrease.’”

Here’s the thing. He who was insignificant to men was significant to God. The same is true for each of us. Later in the book, a priest in the northern kingdom tells Amos, get out of town, go back home, and take your message from God with you! I love Amos’ response. He basically says to the priest, “The Lord took me. The Lord sent me. The Lord told me what to say.” Then the little shepherd turns to Amaziah the priest and says, “Now therefore, hear the word of the Lord.”

Don’t give in to those who would intimidate you into silence. Serve God where you are. He may call you to leave the sheep and go speak truth to power. But most likely, he will simply say, “Tell the truth about God right where you work, and where you live.” God is not a respecter of persons. He uses all of his own who are willing to be used, all who are yielded to him. Are you a schoolteacher? Teach with the authority that God gives you. Are you a truck driver? Drive with the certainty of God’s calling on your life, reaching people that the teacher and the preacher may never even see. Are you a judge? Judge righteously, as one who is called by God to do so in every case. Are you a businessman or woman? A homemaker? A student? Serve God where you are. It is the power of God in your life that makes whatever you do make a difference in the Kingdom of God.

That is how justice rolls down like water, and righteousness like a mighty stream. That is how families and cities and nations are reformed, and the oppressed are set free, and the weak are welcomed and cared for, and the lost are found. It happens when the people of God live and love as we are directed to do so by the Lord.
By Mark Fox