Don’t Trust Yourself with This 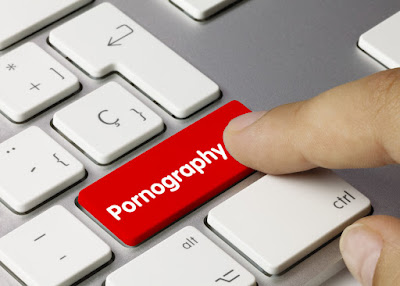 We got a call from one of our sons this week, just wanting to check in and tell us how things are going for him in college. He is a senior, majoring in theater, and having the time of his life. He is getting ready to go with the theater students to France and Belgium during spring break, where they will present three different plays. Some will be done on the street, and at least one is for people connected with NATO. Part of the preparation for the students includes working on their testimonies: how they came to meet Christ and what He is doing in their lives. My son shared openly in his testimony about some struggles he had several years ago with internet pornography, and how he had finally gotten the courage to confess it to me. We talked and prayed together that night, and then I helped him set up a system of accountability through an internet program called “Covenant Eyes.”

A couple of days after my son shared this testimony with the other theater students, a young man called him to see if they could get together for lunch. They did, had a great time, and at the very end of their time together, the student told my son that he was looking at internet porn every day, and wanted to be free. “Your testimony gave me hope that I can get out of this, but I don’t know what to do,” he said. My son asked him about his relationship with his father, and encouraged him to call him and tell him what was going on. “Do it now,” he said. The young man did, right there in the dining hall, and his father, a pastor who lived about an hour away, left everything and drove to campus. They met and talked, and prayed together, and the father gave his son the encouragement and help he needed at that moment. I know it could have gone badly, and often does. The father could have scolded his son, told him how disappointed he was, shamed him, and made him regret that he had ever asked for help. He didn’t, thank God. We fathers need to learn to give grace to our children when they fail, just as we have been given grace in our struggles and defeats. Mostly, our sons especially need to know that they do not have to fight this battle of the flesh alone, and that we will help them.

When I was in Moldova in January, and my oldest son and I were teaching men about how to lead their families, we talked about this issue of porn. I said in every meeting, “Internet pornography is the fastest growing addiction in the world. And though I am 60 years old, I do not trust my own heart. That is why every Monday morning, one of the elders in the church gets an email from Covenant Eyes. I have it installed on each of my devices, and it monitors my internet usage. If I were to go to a site that I shouldn’t, he would get that report the following Monday. I do this for accountability. I do this because I love my wife and want to be faithful to her in every way, including with my eyes and my heart. I do this because I love my family, and I do not want to damage them through moral failure. I do this because I love the church, and I do not want to bring shame to the Gospel, and harm to the people I shepherd every week. They say it takes a lifetime to build your character, and only five minutes to destroy it. Mostly, I do this because I love the Lord, and do not want to dishonor the one who bought me with his own blood.”

I am proud of my son, and the way God used him to connect a father and son and bring help where it was desperately needed. I was reminded again of how dangerous this particular addiction is, and how deceptively enticing. So, I say to myself, and to anyone reading this column: don’t trust yourself with this.

You absolutely cannot handle it.