We Are Supposed to Judge 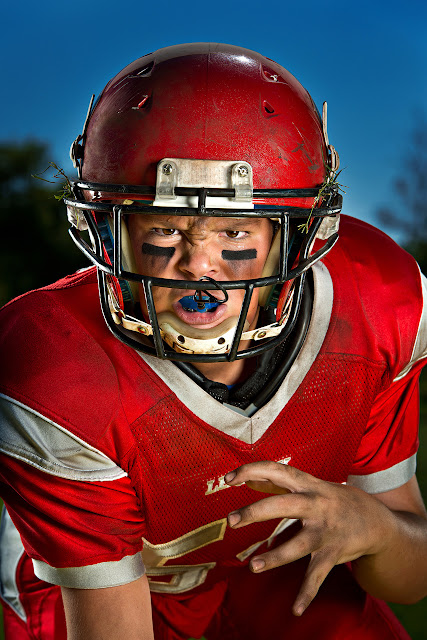 When I played football on our undefeated junior high school team, the coach liked to run us through a drill called the “meat grinder.” He would lay two blocking dummies on the ground about three feet apart. Then he would call out two names. Those two boys would stand on either end of the dummies, about 10 feet from each other. Then he would throw the ball to one of them. On his whistle, the boy with the ball would start running between the blocking dummies, toward the boy without the ball, who would try to tackle him before he got all the way through the dummies. Meat grinder. It was a good name. It many a little 13-year-old shiver with fear, including yours truly. I will never forget the time he called out, “Osborne and Fox.” CD Osborne was 14 years old and had to shave every day. Thomas Jefferson Junior High’s star running back and linebacker, Osborne was big and tough and loved to just run over people. When the coach called our names, I knew then that I was going to die. The coach tossed CD the ball, blew the whistle, and I entered the meat grinder with my arms open and my eyes shut. He hit me like a freight train and kept right on going. Meanwhile, I was lying on the ground, checking body parts. Meat grinder.

That’s what Jesus’ words often feel like when I read them and take an honest look at my own heart. Like a meat grinder. He said, “Judge not, that you be not judged. For with the judgment you pronounce you will be judged, and with the measure you use it will be measured to you.” Sometimes when I read that passage, I am right there in the meat grinder again, and like CD Osborne, that text is smashing me flat. “Listen up,” the Lord seems to say, “This one is for you, Mark. You cannot give in to the desire to judge people and to be critical.” His word rolls on, knocking the judge right out of me. The Lord is dealing in this text with those who have a critical spirit, who enjoy finding fault in others, who even mourn others’ successes and cheer their losses. Many people have these tendencies simply because of a deficit in their own souls. Somewhere down the line they have believed the lie that in order to make themselves look bigger in their own eyes, they need to make someone else look smaller. Thus a judge is born.

But let’s not misunderstand this passage. Jesus is not commanding us to set aside our critical thinking and go through life “judging no one or no thing,” simply giving peace a chance, allowing our dogma to get run over by someone’s karma, or any other nonsensical spin you might have heard. This verse is the favorite among those who reject the truth claims of Jesus. Most of the world can quote it, and loves to: “Judge not, lest you be judged!” If they would only read the rest of the passage: Jesus quickly tells a story about helping take a speck out of a brother’s eye after you have removed the plank from your own. Clearly, Jesus is asking us to make judgments, but without hypocrisy. He tells us to know false prophets by the fruit of their lives. He commands us to beware the leaven (dangerous philosophies) of the Pharisees. He tells us to make sure the foundation of our lives is solid rock, because those who reject the truth of Jesus’ teachings are in fact building their lives on shifting sand.

And CD, wherever you are, thanks for helping to knock the judge right out of me, at least that day. We probably should get together about once a week.
By Mark Fox