Simplest Truths Are Most Profound 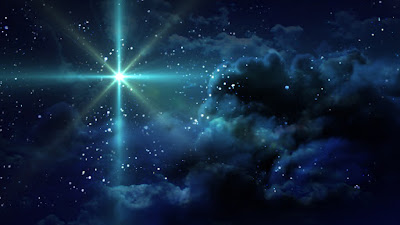 I remember many years ago hearing one of my relatives talk about an associate pastor at his church in another city who was getting ready to leave and take a church somewhere else. “He’s the smartest man I have ever heard, when it comes to the Bible,” the man said. “He speaks Hebrew, Greek, even Latin.” There was a slight pause and one of my young children asked, “Does he speak English?”

It’s a valid question. In this case, the answer was “yes,” but the truth is, there are many who teach in churches and universities who, for all their degrees, have never learned to communicate the simple truth of their discipline. They can throw some Greek at you, but you have no idea what they are talking about most of the time. They can tell you all about the Hebrew verbs in a passage, but then they wander down a rabbit trail that has nothing to do with the text, and you are lost. Some speak about their subjects in a way that sends their audience into a deep sleep. I even heard about one professor who fell asleep himself while he was lecturing. Standing at the chalkboard, talking to his college class, the man actually nodded off while leaning against the wall.

David Garrick, the great 18th century actor, was asked why he could so mightily move men by fiction, while preachers, speaking such awful and momentous truths, left them unmoved. He replied, “They speak truth as though it were fiction, while I speak fiction as though it were truth.” If a man speaks the truths of the Word of God as though they were fiction, then he may as well be speaking in another language to his audience, without an interpreter. It will have the same effect.

Some have passion for what they speak about, but they are so impressed with themselves … and that is what is communicated most clearly. To paraphrase Charles Spurgeon, “He who makes much of himself makes very little of God.”

Others have a passion for their subject but they refuse to “put the cookies on the lower shelf.” Their vocabulary is impressive but a stumbling block. For example, how many of you would know what is meant by this quote? “Avian bipeds whose plumage can be demonstrated to have reasonable similitude display a tendency to congregate in groupings of some magnitude.” Huh? I don’t think they had avian bipeds where I grew up. Actually, they did, and the quote simply put means, “Birds of a feather flock together.” How about this? “Male cadavers are incapable of yielding any testimony.” Maybe you can wade through that one and come up with the answer: “Dead men tell no tales.” But I bet you never heard your Mama say this to you when you were growing up: “Freedom from incrustations of grime is contiguous to rectitude.” Not if she was from around these here parts, anyway. But she might have said, “Cleanliness is next to godliness.” Or, if she was from my neck of the woods she might have said, “Boy, git yourself warshd on the outside, and maybe yur hart will be purdy, too.” My personal favorite, however, is this one: “Scintillate, scintillate, asteroid minifid!”

Ponder on it for a minute. But in the meantime, let me remind you that it was Jesus who said, just as plain as could be, “Unless you are converted and become as little children, you will by no means enter the kingdom of heaven.” That’s a truth as simple to understand as “Twinkle, twinkle, little star.”