We Have Good News to Tell 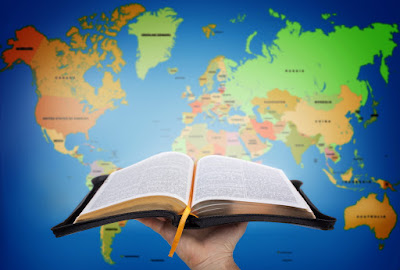 Cindy and I enjoy reading through books together. At least a few evenings a week, we will curl up with a hot drink in the den and read a chapter or two. The book we are currently enjoying is “The Insanity of God” by Nik Ripken. You really should read this book, if for no other reason than to understand the title. Let me warn you, though. There are stories that will make you laugh out loud, and stories that will make you sob. Out loud. Let me share one of Nik’s lighter stories that took place before he and his wife went overseas for the first time.

They had spent months filling out paperwork and answering questions about their desire to serve as missionaries. Finally Nik and his wife got to answer questions in person. The board asked why they were interested in missions, and Nik’s wife told them about feeling called to missions even as a child. The board was impressed. Then they turned to Nik and asked when he had “received the call.” He said, “I read Matthew 28.” That’s where Jesus gave the disciples the Great Commission, commanding them to go and make disciples of all nations, of all people groups. The board was not impressed, and they spent an hour explaining how overseas missions is “supposed to work.” They told Nik that it requires first a call to salvation and then a call to ministry and then a call to take the Gospel out into the world and finally a call to go to a specific country. They asked him then what he thought about that, and he wrote in the book that he was young and naïve enough to believe they really wanted to know what he thought. He said, “It appears to me that you have created a ‘call to missions’ that allows people to be disobedient to what Jesus has already commanded all of us to do.”

I love that story because it has so many applications. We Christians sometimes like to hide behind the fog of ‘feeling a call’ as an excuse not to do the plain things the Lord has commanded us to do. “Well, you know, I would have people over to my house for a meal,” someone says, “but I just don’t feel called to do that. It’s not my gift.” You don’t have to read much in the Bible to see that God’s people are commanded to exercise hospitality.

Someone else says, “I don’t go to church very often. It’s just not my thing.” If church is not your thing, you should reconsider whether Jesus is. It makes no sense to say that you love the head while you are indifferent to the body.

Another person says, “Well, I don’t know much about what the Bible says, but I don’t need to; the pastor (Priest? Father? Bishop?) is supposed to read that stuff and tell the rest of us what it means.” That kind of thinking led to the Reformation.

The classic example is when a Christian says, “Tell people about Jesus? What do you take me for, a fanatic? Besides, that’s not my calling. I’m not good at it. Other people can do that, but not me!” Read Matthew 28. In fact, dive in and read the whole Gospel, any of the four, and see what Jesus trained his first disciples to be and to do.

Then, go practice sharing the good news. Tis’ the season, after all, and hearts are more open to hear at this time of year the reason we celebrate Christmas.
By Mark Fox