Joseph Was a Thoughtful Man 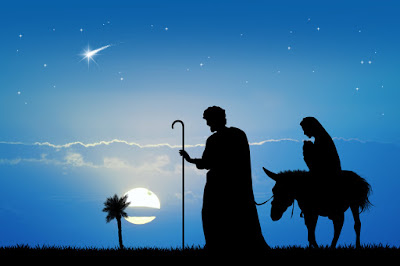 Joseph decided to quietly divorce Mary when he found out she was carrying a baby that was not his. That alone puts in him a league virtually by himself, as he wanted to protect, rather than expose, the woman who had seemed to betray him. Then he did the unthinkable. He thought about what he was about to do. What would have happened to Mary had she been betrothed to an impulsive man? An angry man? A man who shoots first and asks questions later? A man who can always be counted on to blow up at the least provocation so that everyone around him walks on eggshells? God chose the man who would be the father to Jesus on the earth, and He chose Joseph. Here’s a lesson learned from this man’s character: thought should always precede action.

It was while Joseph thought about the events that were unfolding around him that an angel of the Lord appeared to him in a dream. His thoughtfulness reveals a wisdom that Joseph had even as a young man. Someone said wisdom is the reward you get for a lifetime of listening when you would have preferred to talk. Perhaps we could say that wisdom is also the reward you get for developing the habit of waiting when you are not sure what to do.

The fact that Joseph got the answer in a dream tells me something else. Joseph did not make an impulsive decision about his betrothal to Mary. He slept on it, first. How many decisions have we made in the heat of the moment that had we just waited 24 hours would have saved us untold misery? I heard about a zoo in Friedberg, Germany that decided, (ready for this?) that they are no longer going to allow children to swim with crocodiles. Good call, folks! It seems that at birthday parties, the children could feed, touch, and even swim with crocodiles, as long as they were with an experienced guide. Wow. Some decisions you don’t need to sleep on, and that one falls into the “What took you so long?” category.

Maybe none of us are going to swim with crocodiles. We are much more likely to take other risks, like racking up large amounts of debt on our credit cards. Last year the average American family spent nearly $1,000 on Christmas presents, which doesn’t include what they spent on decorations, food, and trips to see grandma’s house. Most Christmas spending is put on a credit card. If you make the minimum payment on the card, it will take more than five years to pay off the debt for one Christmas, and you will end up paying an additional $500 in interest. Hey, probably the best thing we all could do for our financial health would be to pay cash for presents this year.

Joseph was a thoughtful man who listened to and followed God. God spoke to Joseph about staying in the betrothal and not running away from what would have been a scandal to the community. That is what love looks like: to suffer humiliation quietly for the Lord’s name. Then, God spoke to Joseph in a dream to tell him to take the child and His mother to Egypt, to protect them from Herod. Here’s another definition of love: to put myself in an uncomfortable place for the sake of Christ. Finally, God spoke to Joseph when Herod was dead to say it was safe to go back to Israel.

I can hear you say, “Well, hey, if an angel of the Lord appears to me in a dream and tells me what to do, I will gladly do it!” But that would be missing the point. The point is that in each case, Joseph heard from God. We can do that without angels and without dreams, can’t we? Joseph put himself in position to hear from God by being a thoughtful and just man, and by obeying what God said. We can do the same thing by being daily in the Word, weekly in fellowship with the church, and moment-by-moment being dependent on the Holy Spirit’s help and guidance.