Sometimes You Can Sing 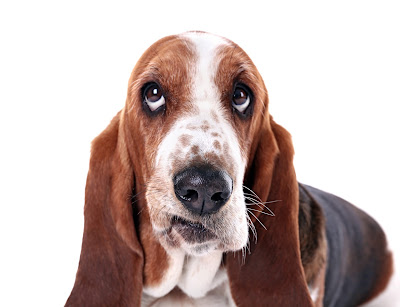 It was a blazing hot day in war-torn Somalia in the summer of 1992. Five tons of grain had arrived earlier, and a long line of hungry people was waiting. There was a military presence at the feeding center, to keep order and protect lives. As the line moved slowly and the supply of wheat dwindled and the heat soared past 100 degrees, the hungry crowd began to grow restless. That was when one of the least likely people waiting for food decided she had had enough. An older Somali woman with deep wrinkles received her ration of wheat and then began to lose it. One of the American workers closest to her was affectionately called Bubba by the rest of the team. He was a huge man, an intimidating presence to any who didn’t know him, a gentle teddy bear to all who did. Those who spent time with Bubba were drawn to his gentle heart and his warm smile. He was not just checking off a box called “do random acts of kindness.” He was in Somalia because he loved people and wanted to help relieve suffering, wherever he could.

The old woman unleashed a verbal attack on Bubba, and though he knew she was furious, he couldn’t understand a word she said. Nik Ripken was there and was thankful that Bubba didn’t know the names he was being called. Bubba just towered over the angry woman and smiled at her. This seemed to infuriate her even more. The crowd stopped and stared at the one-sided confrontation, and Nik ran toward the event to see if he could help. He then understood the source of the woman’s anger. She was complaining about the animal feed that was being given to the people for human consumption. She had a point. The sub-standard wheat came from the United Nations contributing members, and it was product that nobody had wanted, and no one could sell. Bubba didn’t know what she was saying, though, so he kept smiling at her.

That’s when she decided to try another method of communication. The woman put down her two bags of wheat, grabbed two fistfuls of dirt and dust and wheat chaff from the ground, and hurled them with all her might into Bubba’s face. The crowd went quiet. The soldiers locked and loaded their weapons. All eyes were fixed on Bubba, who was temporarily blinded by the assault. That’s when the plot turned in a direction no one expected. Bubba wiped the grit and grime out of his eyes, turned to the old woman with a smile, and began to sing.

She didn’t understand a word he sang, but she stomped off before the second verse began. The relieved Somali guards walked over and thanked Bubba for easing the tension, and said they didn’t know he was such a singer. “Oh, yeah,” he grinned, “I’m a famous singer. Back home, they call me ‘Elvis!’”

Nik Ripken told this story in his book, “The Insanity of God,” and concluded, “I had observed one of the most impressive demonstrations of Jesus’ love that I have ever seen. A kind, gentle, godly example of humility and humanity had instantly defused a situation so volatile that it could have turned deadly within seconds. Bubba had done that simply by following the seemingly insane teaching of Jesus who had instructed His followers to ‘love your enemies.’ Bubba had met angry hostility with a simple smile, and a very unlikely hymn…In that moment, I learned some good lessons about cross-cultural relationships. What I had mistaken at first for naiveté, I came to see as nothing less than the love of Jesus.”

Sometimes, the best thing to do is sing.
By Mark Fox