That is where we belong 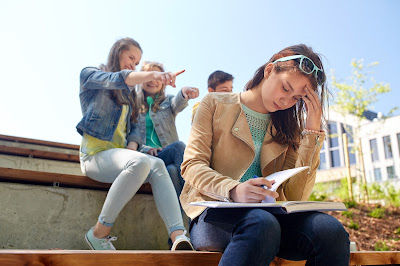 Where do I belong? Where do I fit in? We all want to know the answer to those questions. For some, it is a lifelong pursuit. I remember my high school days with pain, because I really didn’t know where I fit in. In my school there were five groups. At the top of the food chain were the popular kids. Some were athletes or cheerleaders, others were not. But they were the kids everybody else wanted to be like, and to hang out with. I remember a recurring dream where one of the popular guys would see me carrying my tray in the cafeteria at school, and he would call over to me: “Hey, Fox, come join us!” Then I would wake up.

Next in the pecking order were the jocks. You didn’t have to be the quarterback or the starting point guard, but if you were on the football or basketball team, you were cool and got invited to all the parties. Tennis? Umm, not so much. I played tennis in 9th and 10th grade, and we even won a city championship. But tennis didn’t cut it with the jocks.

The third group was the brainiacs, the smart kids. They were the ones who, if they even bothered to show up at the football game, brought their chemistry book with them. But at least they belonged to a group, and I wasn’t in it.

Then there was the group that we called the druggies, the ones who wore Black Sabbath T-shirts and were always smoking cigarettes in the bathroom and talking about their latest party. Those guys scared me.

Finally, we must not forget about the rednecks. These were the good ol’ boys who drove their pickups to school and backed them into a parking space in the gravel lot. They couldn’t wait for lunch break because they would eat their sandwich and Fritos outside, gathered around one of their trucks, “talking boss,” whatever that meant. I, uh, didn’t have a truck, and didn’t have the nerve to back my dad’s 1967 Oldsmobile Cutlass into a parking space next to them. So, I didn’t fit in with those guys, either.

That was it, the five groups in my school. Oh, wait, there was one more: “others.” That’s where I hung out: with the rest of the losers. And to be honest, that’s where the majority of the Christians fit in. Still do. We are the “other” guys and girls. We ate together, went to church together, and sometimes prayed together early in the morning before school started. And though we knew where we fit in, sort of, mostly we knew where we didn’t fit. I had Christian friends who would have done anything to break into one of the other groups.

Maybe some of you feel that way, whether you are 17 or 37. You are still trying to figure out where you belong. I have great news! All who come to Christ by faith belong to him. We are accepted in the beloved. We are called by Christ to know him and to help others to know him, too. But our citizenship is in heaven; that’s where we will fully and finally and forever belong. I have thought about having a passport made up that says “Heaven” for my citizenship status, but my impression is that the guys at passport control are not known for their sense of humor.

Who are you? Where, really, is your identity found? That question, at least in our culture, is perhaps more confusing than it has ever been. But the Bible makes it plain. Our identity is not found in our race, or our gender, or our politics, or our education, or our athleticism, or our economic status, or our marital status, or our children, or anything else. Our identity is found in Christ: that is where we belong.

And, you know what? If there’s a football team in heaven, I’m showing up for tryouts with my new and glorified body.