Bibles and Hearts Collect Dust at the Same Rate 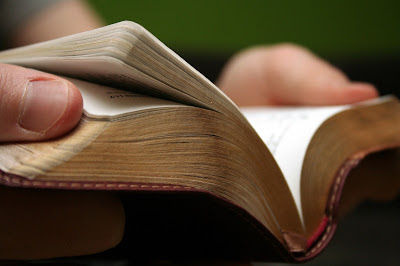 Several years ago, Shi Weihan was sentenced to three years in a Chinese prison for printing Bibles to give away. (both stories from Voice of the Martyrs)

Let’s think about that. A man in Vietnam is beaten for giving people materials about the Christian faith. A man in China is sent to prison and fined the equivalent of $22,000 for printing and distributing Bibles at his own expense, leaving his wife and two young daughters to fend for themselves while authorities “continue to pressure the family.”

Forget the nation. What about the Christians? Why are there so many people who claim to be followers of the God of the Bible who never or seldom read the Bible of their God? Why is it that the typical church-goer in America couldn’t find the book of Philemon or Ezra without a table of contents if his life depended on it? Get into a discussion about the Bible with the average church-attender today and it won’t be five minutes before he will say something like, “God helps him who helps himself. That’s in the Bible, you know.” No. It isn’t. Or he might make the ridiculous statement, “Jesus never claimed to be God, and he never claimed to be the only necessary substitute for our sins.” The truth is, many in the church have no idea what the Bible really says because they never read it. The problem, I contend, is often found not in the pews, but in the pulpit.

Think about it. If your math teacher never lectured on algebra but instead spent his time in class pontificating on nuclear disarmament, the ozone, or grey squirrels, would you lug your textbook to class? Would you even read it?

You want to know one of my favorite sounds? The sound of rustling pages of Scripture as the congregation, including children, turns to the text that we will be studying that morning. I often say, “If you don’t have a Bible, look on with someone who does.” We have only a few scattered copies of the Bible in the pews, so it is rare that someone comes to church without his Bible. Many have spent time during the week in the next passage in the book of the Bible we are working our way through. Many have had conversations with their families about the upcoming passage, to prepare their hearts for the sermon. Why? Because the Bible is not just a great work of literature. It is the Word of God, and is necessary that “the man or woman of God may be complete, thoroughly equipped for every good work.” That’s why people are willing to be beaten, or go to jail, or worse, to get the words of life into the hands of those who don’t have it.
Bibles and hearts collect dust at about the same rate. Read your Bible.