These Things Should Mark Us 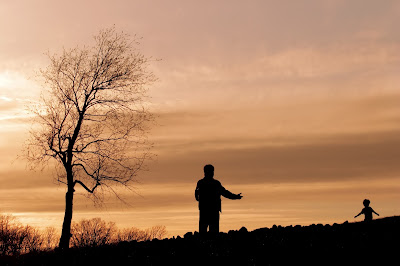 In reprimanding those who depend on their good works for salvation, Paul counters with a picture of what a Christian is to do. He wrote that we are to worship by the Spirit of God, glory in Christ Jesus, and put no confidence in the flesh.

When you think of worship, don’t think “standing at your pew, singing worship songs.” That’s only a small part of worship. To become a worshipper means that our direction and our affections are changed, not just for a few minutes on Sunday and not just in a certain location, but all the time and in every place. Jesus teaches us that worship is not a service or a religious ceremony. It is not dependent on a place or a liturgy or smells or bells. Worship is what Christians cannot help but do all the time, because the Spirit of God has moved in and taken over. I saw a picture of this recently as I visited with Hilda at Twin Lakes. She is 94, a widow, and a wonderful woman of God who blesses me every time I see her. Hilda is not able to attend church, but boy, does she love Jesus, and she talks to him all day long. She said with a wink, “I tell the Lord, ‘Now, if I am asking too much, you tell me!’”

“Glory in Christ Jesus.” That’s what Hilda was doing. This is just a natural outflow for those who worship by the Spirit of God, because the work of the Spirit is to glorify the Son.

“Put no confidence in the flesh.” How can we survey the wondrous cross on which the Prince of glory died, and then pat ourselves on the back? Good job reading the Bible this morning! Great prayer at church, you really knocked that one out of the park! You know gained you some points with God for sure!

Kind of turns your stomach a little doesn’t it? Beware of becoming the older brother in the story Jesus told about the prodigal son. The point of the story was not really the penitent prodigal younger brother, but the proud, pharisaical older brother, whose confidence was in his works, which made him a stay-at-home prodigal. The older brother, the proud prodigal said in anger to his father, “Look, these many years I have served you,” while refusing to come in and celebrate that his brother had come home. Then he said with disgust, “I never disobeyed your command.” Do you see his ‘religion?’ “Look what I did. Look how many rules I have kept!” Because his confidence was in his own self-righteousness, he felt justified in being angry with his father, even accusing his father of not loving him enough. He was a legalist, just like many today who measure their worth to God, and therefore what He ‘owes’ them, by their own good deeds.

Listen, the flip side is true as well. Many Christians fear God’s disapproval because they constantly weigh whether they do enough, whether they love enough, whether they serve enough. That’s prodigal thinking. What brought the prodigal home was not the thought that he really could do better if he tried harder. No. What brought him home was a confidence that his father would take him in, even if only as a hired servant. His confidence was in his father, not in his own works. What a surprise when he was welcomed with a kiss, a ring, shoes, and a robe!

We also can come home every single day with that same expectation and hope, that our Father will take us in, not because of our pitiful ‘good deeds,’ but because of the work completed by His Son.