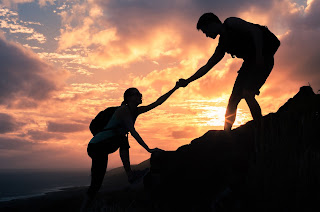 It is one thing to be available to serve in the church or in the community. It is another thing to be compassionate. When Paul referred to a young man he trusted enough to send to the church in Philippi, he said something important about Timothy. Paul wrote, “I have no one like him, who will be genuinely concerned for your welfare.” An available person is really not useful unless he or she is also genuinely concerned for others. You don’t want someone keeping the nursery that doesn’t like babies, no matter how available she is! You really shouldn’t ask someone to visit the sick that has a track record of grumbling and complaining before, during and after making such visits. What was it about Timothy that made Paul choose him over every other person in the city of Rome?

We know there were people who were not quite as timid as Timothy. He had a reputation for such, and Paul had to light a fire under him at least once by way of encouragement. There were certainly people in the church in Rome who didn’t have health issues, as Timothy did. No doubt there were people in the church in Rome who were older than Timothy, and more experienced. But those things, timidity, ill health, and youth were not limiters. No, the problem, the limiter, was a lack of compassion for others. Those Paul passed over simply did not care enough about other people. Timothy, with all his weaknesses, had one thing going for him. He put the Lord’s interests ahead of his own, and he put people ahead of tasks.

I say with shame that it has been a cause of tears in my marriage on more than one occasion, when I did not show genuine concern and compassion for people. My biggest concern was getting something done, and I allowed no one to get in my way, so that I could complete the task. You all know that there are people who are much more task-oriented than others, and I would admit to being one of them. We “task-driven” folks are continually frustrated by people who don’t get things done as quickly as we do. Or that sometimes don’t complete a task at all. But here’s the thing. These same people we tend to look down on are usually much more relational, and much more likely to stop their “all-important” task and tend to someone’s more important need.

Dietrich Bonhoeffer wrote, “We must be ready to allow ourselves to be interrupted by God. God will be constantly crossing our paths and canceling our plans by sending us people with claims and petitions. We may pass them by, preoccupied with our more important tasks.... It is a strange fact that Christians and even ministers frequently consider their work so important and urgent that they will allow nothing to disturb them. They think they are doing God a service in this, but actually they are disdaining God’s ‘crooked yet straight path.’”

Listen, dear reader. We need each other, but mostly we task-oriented people need to be more like you relational people. There is a balance, and I am not saying that if you are relational, it’s fine if you never complete a task. No, God called us to do good works, the ones He has prepared for us, and it glorifies Him for us to do that and do it well.

The greatest work, however, is to love the Lord, and to love the people that He has placed in our lives. For people who learn to do that well, all the mundane tasks in the world seem silly in comparison.
I hope to be one of those people some day.
By Mark Fox