Work out, not for, your own salvation 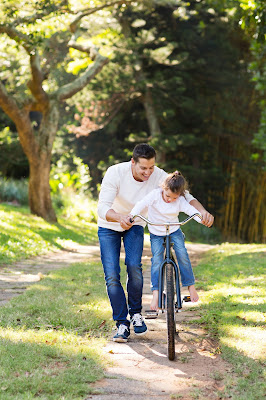 Work out your own salvation with fear and trembling. This command in Paul’s letter to the Philippians has caused many to stumble, to make an argument for works-righteousness, and even to believe that what Jesus did was not enough. That he needs my help to save me. We know that’s nonsense, and the plain meaning of this text makes perfect sense. Paul says work out your salvation. He doesn’t say work in your salvation. Or work up your salvation. Or work for your salvation! No, we are to work it out. In other words, what God has secured in you through His grace given on the basis of Jesus’ sacrifice, work it out in every way and on every day. It’s what we do in our marriages, right? Were you done when you said, “I do”? No, you were just getting started. And for the rest of your life, you are working out your marriage in fear. And sometimes with trembling!

If you are working out your salvation as a father, it means you are learning to bring up your children in the discipline and instruction of the Lord. You cannot learn that without starting to do it badly. But you have to start. When my children were very young, they each had trouble learning to ride a bike. They fell. They scraped their knees. They cried. But they kept getting back on the bike until it became second nature to them. Get back on the bike, Dad, and lead your family in the things that are most important. If you are working out your salvation as a student, it means you study. You work hard. If you are working out your salvation as a brother or sister in Christ in your church family, it means that when you are offended, you don’t hold onto that. You let it go quickly, and if you can’t let it go, you go to the one who offended you and you work it out. And yes, it will require work, sacrifice, and discipline. Tim Challies had a good word on this recently:

“I want to have 10 percent body fat. I set that goal a while ago and even managed to get really close to reaching it. But eventually I found out that I want to have 10 percent body fat just a bit less than I want to have 13 percent. There’s a key difference between the two: While 13 percent requires moderate effort to gain and retain, 10 percent requires strict discipline. I soon learned I just didn’t want the goal enough to put in the effort to achieve it. I didn’t meet my desire with discipline.” Then he adds, “I often consider the people I’ve known who set an example of unusual godliness. I think of well-known Christian men who lived godly lives in the public eye and who carried out unblemished ministries. I think of unknown and unnoticed women who lived equally godly lives far outside the public eye. What did they have in common? What was the key to their holiness? I believe it was their discipline. They disciplined themselves for the highest godliness. They were spiritual athletes who ensured their highest desires supplanted their baser desires. They achieved godliness because they aimed at godliness.”

We all have work to do if we are to aim at God’s best for us. Thankfully, we are never alone. Paul adds, “for it is God who works in us both to will and to work for his good pleasure.” That is the gift that keeps on giving.
By Mark Fox