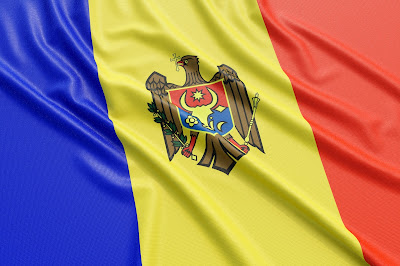 You can find an article online that was published last year in The Telegraph entitled, “25 amazing things you probably didn’t know about Moldova.” It’s a good read, and though I have been to the tiny country in Eastern Europe twice, I learned a lot from the article. That being said, my oldest son and I didn’t go there because it is the least visited country in Europe. Or because they have great wine. Or because the people speak two and sometimes three languages. We went because we were invited by World Team Moldova, a missions organization committed to coming alongside churches and their leaders to encourage and equip them.

Micah and I had a great time in Chisinau, the capital city, as we spent five days on the ground meeting with men who were invited to hear us address two topics with them. Our first mission was to encourage men to take up the mantle of spiritual leadership in their homes. In Moldova, as in many other places in the world, men mostly take a passive role in the home. If they lead at all, it is often tyrannical, and sometimes abusive. Micah and I shared from the Scriptures and from personal experience how they could lead in a different way, through love and through service. We encouraged them to study the Bible and to teach their families what they are learning. We challenged them to pray with and for their wives. We pleaded with them to demonstrate in word and deed how much they love their wives and their children. We prodded them to protect their families from false doctrine.

We exhorted them to provide for their families, not just financially, but by preparing their children to be adults. “You are not raising children,” we said to the men, “you are raising adults. More than that, you are raising parents, who will, like you, invest in the next generation. Prepare them well, for the sake of their children, and for the sake of Moldova.” In each session, we had to work through a translator. I was telling the story of a young man in England who years ago wrote in his diary, “Went fishing with my father. Best day of my life.” The man translating into Russian misunderstood diary, and said that the young man had diarrhea. He was quickly corrected by three others in the room who understood English, but it was a reminder that when you don’t know the language, you are absolutely at the mercy of your interpreter. In this case, it ended well and gave us a lighter moment. By the way, the point of the story was that this young man’s father was a diplomat and historians found his diary to see what he had written on that day. It was this: “Went fishing with my son. A day wasted.”

Our second mission was to encourage church leaders and pastors to look again at what the New Testament says about the importance of a plurality of elders in the church. The model in Moldova for church leadership, as in much of the world, is a solo pastor at the top, and a board of people under him who assist in the ministry. We spent time looking at a different way, which is on display clearly in the book of Acts and in the letters Paul, Peter, and others wrote to the churches.

We have been invited back to Moldova, and I look forward to continuing our relationship with the people in this beautiful country.
By Mark Fox