Don’t indict Christ because of Christians 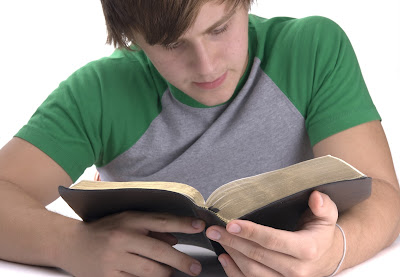 The heinous actions of white supremacists in Charlottesville reminded me of a conversation I had several years ago with a friend over lunch. He was born into a different faith tradition than mine. I am a Christian, but not because I was born into it. Actually, you cannot be born a Christian, but that’s another column for another day.

Anyway, this friend of mine challenged me with a question that is popular among skeptics. “Millions of people have been killed in the name of religion,” my friend said. “Even Christians have killed many in the name of Christ. How do you explain that?”

“That’s a great question,” I replied, as an idea came to my mind that I had never thought before, and it came with that sweet assurance that I have had many times in such situations. I have come to trust these little bits of inspiration as being from the Lord.

I said, “OK, let’s look at it this way. Suppose you started getting a following because you are a really cool guy and everybody wants to be just like you. (Not that Jesus should be followed because he’s cool, and actually no one can follow him unless he changes them first!) But back to your story: pretty soon, there are people flocking to you, trying to look like you and act like you. The others in the world start calling them ‘Sherifans’ because they follow you, Boris Sherifa (not his real name). You tell them, “There are three simple things I think you should do in life. Wear red.” (He was wearing a red shirt.) “Eat tuna wraps.” (That’s what he was having for lunch). “And be kind to people.” (This guy is as kind and courteous as they come.)

He was smiling at me, enjoying the story and his fictional fame, but wondering where I was going with this.

“OK, so you have this huge following, and everything is great. Until one day, one of the ‘Sherifans’ sees a guy wearing green, eating a chili burger, and cursing his waiter. He follows him out of the restaurant and kills him, thinking he is doing you a favor by eliminating a ‘nonbeliever.’” I stopped and said, “Do you see the point, Boris? If Christians killed Jews or Muslims during the Crusades, thinking they were doing Christ a favor, does that nullify the Christian faith? Certainly they did what was wrong, but does that mean Jesus is no better than they? Does their wrong action make the truth that Jesus taught about himself any less valid? I don’t think so. Does it change the fact that he alone has risen from the dead? Not one iota.

“You cannot judge a system of beliefs by the actions of those who claim to follow those beliefs, but really violate them at their very core. Those who claim to love Jesus but hate their fellow man because of his race, nationality, or anything else, do not really love Jesus. But, listen! The followers of Jesus Christ are not the standard. Christ himself is the standard, and the Bible says that God ‘has appointed a day on which he will judge the world in righteousness by the Man whom he has ordained.’ Jesus is the man. It is his righteousness, not mine or the Pope’s or Billy Graham’s, that is the standard. It is Christ alone we must follow, for he alone can save us.”

At the end of our lunch, “Boris” said he appreciated the way I explained things to him, and that he would be asking “Whoever is out there” to show him the way to go.

“I really want to know,” he said. “Do you think he will show me the truth?”

I believe God will. He loves to answer the prayers of those who are truly seeking after him.
By Mark Fox