You’re not in this alone 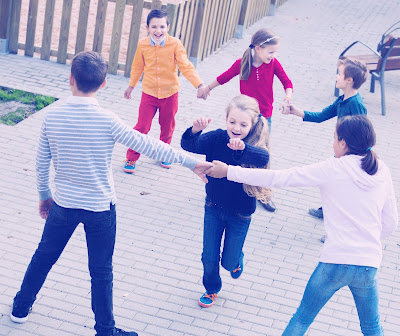 “I want to hear that you are standing firm in one spirit, with one mind striving side by side for the sake of the gospel.” This encouragement from Paul is a great word picture of the church of Jesus Christ. We stand firm, and we stand together in one spirit. There are no people more unified than those who stand together in the Spirit of the living God. This is not external unity engendered by denominations or by ecumenical councils. No, it comes about by the Spirit of God. That’s why when we meet someone in another state or another country who is a brother or sister in Christ, we may wonder how we can feel such kinship with him so quickly: it is because the Spirit of God has made us one.

Notice also that we are to fight together, “striving side by side,” for the gospel. Remember that old game called Red Rover? Do kids still play that, or has it gone the way of dodge ball, because it’s too rough, and kids are too fragile? Anyway, in this game there are two groups of people, opposite one another, standing in a line with linked arms. One side calls out to the other, “Red Rover, Red Rover, send Billy on over!” Billy runs as fast as he can and tries to break through the other side, hitting with all his might between two people he thinks might offer the weakest link. If he can’t break through, he becomes part of that team. If he can break through, he gets to take one of the people he broke through back to his team. This is a picture of the battle we are in, saints. We will have opponents our whole lives who will run at us with all their might, headstrong in their opinions that run counter to the truth of Scripture. We have to stand firm and catch them with the truth; we cannot give in or give over. That’s our job, to know what we believe, and Whom, and to stand firm. God’s job is to open the hearts of those who try to “break through” our faith, should He so choose, so they might believe the good news of the gospel. We can’t open their hearts, but we must be assured in our own.

They stand best who stand together. This is why the local church is so important. We stand side-by-side, arms linked in the faith, standing firm in one spirit on the truth, helping each other stand up and prevail. The picture in Scripture, again, is of a group, not a single individual. You can’t be side-by-side by yourself. We don’t run or ride this race alone. This was illustrated in the Tour of Italy race in May by the actions of a Slovenian cyclist, Luka Pibernik. During stage five of the race, Pibernik was riding alone, 50 meters ahead of the main pack when he approached what he thought was the finish line. It actually was the finish line, but Pibernik had miscounted; he had another lap to go to finish the stage. As he approached the line, he raised his hands in victory and coasted. As the pack of riders thundered past, Pibernik realized his error, but it was too late. His efforts to catch the pack and finish well did not succeed. Instead of first, he finished 148th. What would have happened if this man had been riding with one of his teammates?

Don’t walk alone. Find others with whom you are already united by the Spirit of God, and walk with them.
By Mark Fox