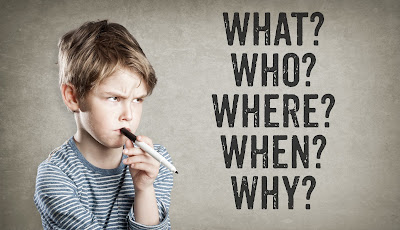 There’s a great story in Greg McKeown’s book, Essentialism: The Disciplined Pursuit of Less. Nora Ephron, the late screenwriter known best for her works that included the movies “Sleepless in Seattle” and “When Harry Met Sally,” said that what helped her the most in learning to capture the essence of a story was her high school journalism class. Charlie O. Simms started the first day of class explaining the concept of a “lead” for an article, that it covers the who, what, when, where, and why of the piece. Then he gave his students the facts of a story and asked them to come up with the lead. “Kenneth L. Peters, the principle of Beverly Hills High School, announced today that the entire high school faculty will travel to Sacramento next Thursday for a colloquium in new teaching methods. Among the speakers will be anthropologist Margaret Mead, college president Dr. Robert Maynard Hutchins, and California governor Edmund ‘Pat’ Brown.”

The students clacked away on their manual typewriters, trying to get all the information from the teacher. Then they pounded out leads in the next few minutes and handed them in. Each student tried his best to summarize the information for their lead. One wrote, “Margaret Meade, Maynard Hutchins, and Governor Brown will address the faculty on…” Another wrote, “Next Thursday, the high school faculty will…” Simms read each of the leads and said that they were all wrong. He said, “The lead to the story is, ‘There will be no school Thursday.’”

“In that instant, Ephron recalls, “I realized journalism was not just about regurgitating the facts but about figuring out the point. It wasn’t enough to know the who, what, when, and where; you had to understand what it meant. And why it matters.” She added, “He taught me something that works just as well in life as it does in journalism.”

Now there is some news you can use, some truth you can hold up to the light.  More important, there’s truth you can hold up to your life. Let’s face it: we can spend the rest of our days mastering the who, what, when and where of every detail of our lives, and never get to the why. McKeown uses the example from the Eastern Airlines Flight 401 crash of December 29, 1972, to illustrate. Over one hundred passengers were killed even though the investigators found that when the plane crashed it was in perfect working condition. What happened? “The Lockheed jet had been preparing to land when first officer Albert Stockstill noticed the landing gear indicator, a tiny green light that signals the nose gear is locked down, hadn’t lit up. Yet the nose gear was locked; the problem was the indicator light. While the officers hyper-focused on the gear indicator, however, they failed to notice that the autopilot had been deactivated until it was too late. In other words, the nose gear didn’t cause the disaster. The crew’s losing sight of the bigger problem - the altitude of the plane – did.”

When the women came to the tomb on that early Sunday morning many years ago, they clearly saw the who, what, when and where. Jesus was not there. The stone was rolled away, and the tomb was empty.

What’s the lead to that story, and indeed, to ours as well? “He is risen, as he said.” No knowledge in the universe is more powerful. No reason for your existence and mine is more satisfying. Jesus Christ is Lord, just as He said.

Why hammer away through the rest of your life trying to write any other ‘lead’?
By Mark Fox